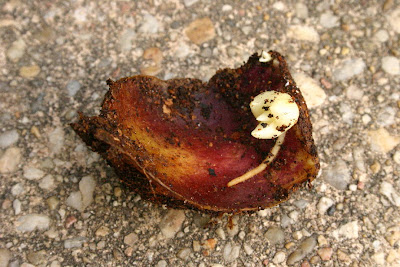 At the annual fall picnic of our local lily group a bulb of the new lily hybrid 'Carte Blanche' was auctioned. My friend Mary made the winning bid, and as she took possession of the big fat bulb, I teasingly suggested that she give me a scale (lilies are easily propagated from scales).

About a week later a little box arrived in the mail from Mary: it contained a scale of this still expensive new hybrid. I immediately popped it into a zip lock bag with a suitable medium, and in the image above you can see the results so far.

There is more to this story, but I'm saving the rest for later.
Posted by McWort at 5:33 PM No comments: 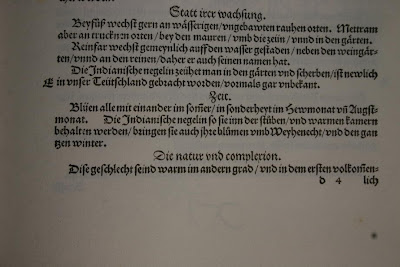 The little self-sown plant of Torenia fournieri shown in an earlier entry reminded me of several things. Old books often mention annuals which are suitable for use as house plants. I’m surprised that more people do not do this: if plants from the summer garden, plants about to go down to freezes, are used, it’s very inexpensive. I’m not writing here about rooting cuttings of tender perennials such as geraniums or coleus to keep them from year to year. I’m writing here about plants selected for their potential bloom on winter window sills or under grow lights.
I get the impression that up until about the time of the Second World War, the plant we now call impatiens (Impatiens × wallerana ) was widely grown as a house plant and little used as a garden plant. I’ve seen others recommended for this use, too: nasturtiums, morning glories, and, more sensibly, anything small and compact.
I’ve even seen marigolds (Tagetes) recommended. In fact, this might very well be the first plant ever recommended for this use. As long ago as 1543, Leonhard Fuchs, in the German edition of his herbal, mentions that marigolds were brought into rooms where they bloomed at Christmas and on into the winter. I wonder what mid-sixteenth century German rooms were like – especially in the winter. The windows were probably very small, and the room in general gloomy: that would be just the sort of setting in which a blooming marigold would provide a bit of welcome  brightness, wouldn’t it?
In the image above you can see the text from Fuchs. I’ve taken this from my copy of the modern xerographic reproduction of 1964 by the publisher Konrad Kölbl.
Posted by McWort at 5:08 PM No comments: 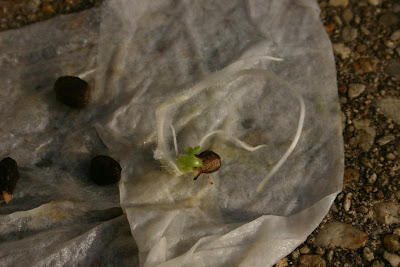 When I was a teenager I was given a copy of the wonderful first edition of America's Garden Book by Laura Bush-Brown and James Bush-Brown. This book has been a frequent companion in the more than half-century since. One of the things I learned from this book is that seeds of garden plants have a life span. As a youngster it fascinated me that seeds might live for five or six years and still grow when planted. To a teenager, five or six years is an eternity.

On page 975 of that book begins a four-plus page listing of the longevity of seeds. Since I was already collecting and accumulating a seed bank back then, I found this list indispensable. It was the beginning of a life-long fascination with the performance of old seeds. For the last twenty or more years seed here has been stored in the refrigerator (or in much smaller numbers in the freezer). And there are plenty of seed packets, mostly of home grown seed, which have been kept at room temperature for decades.

When I get bored in the middle of winter, I sometimes take out the plastic bags in which the seed packets are stored and go over the packets. The commercial packets, with their vivid colors, are an art form of their own. This always cheers me up. And while I'm enjoying the colorful seed packets, I select a few to test the germination of the seed. This year I selected some seed of Tropaeolum peregrinum, the Canary bird flower, a type of nasturtium. This seed was from a commercial  packet offered for sale in 1996, so the seed was at least fourteen years old. I tested three seeds: on January 20, 2011 I soaked the seeds overnight, then packed them in damp tissue paper in a plastic bag. By now, one shows active growth, another is just beginning to show growth, and the third is still dormant (or dead).  In the image above you can see these three; there is also a fourth seed of another type of nasturtium from 1981 - this one has so far showed no sign of germination.

Seed packets have become so expensive now that it pays to keep unsown seed from year to year. If you budget the amount you intend to spend on seeds each year, storing unsown seed will allow you to keep to the same budget and still buy different seeds each year.
Posted by McWort at 4:25 PM No comments: 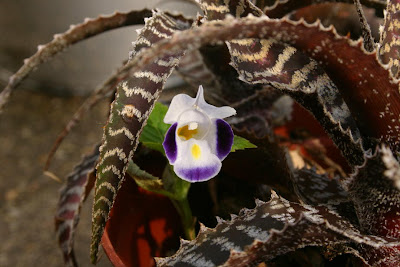 I don’t grow too many houseplants; for one thing, there is not much room available in the house for them. For another, I tend to neglect them unless they are in a part of the house I use frequently. And then there is the problem of light: I have only one fluorescent light set up, and that is “owned” by the Welwitschia and the Worlseya seedlings. Any extra space under those lights is up for grabs, and in most years I tuck in as many other plants as will fit.


So many inexpensive, beautiful perennial tropical house plants are now available that it’s almost impossible not to acquire some now and then. I try hard to resist orchids and bromeliads, but somehow they find their way into the collection. One I’m growing now is the handsome bromeliad Cryptanthus zonatus. This year, the pot in which the Cryptanthus is growing presented me with a little surprise: a self sown plant of Torenia fournieri appeared a few months ago; it’s now in bloom, and as you can see in the image above, the one bloom is almost as big as the entire plant. If you look at the flower carefully, you can make out the stamens which give the plant one of its vernacular names, wishbone flower.
I meant to collect seed of these plants when they were blooming during the summer, but did not. Torenia seed used to be very inexpensive, but the modern cultivars are sold at low seed counts, often pelleted, at a comparatively high price. They self-sow in my garden, and the area near a former planting will often show hundreds of tiny seedlings the next year. It’s one of my favorite annuals.
For a view of the plants last summer, look here:
http://mcwort.blogspot.com/2010/07/torenia-clown-blue.html
Posted by McWort at 3:49 PM No comments: