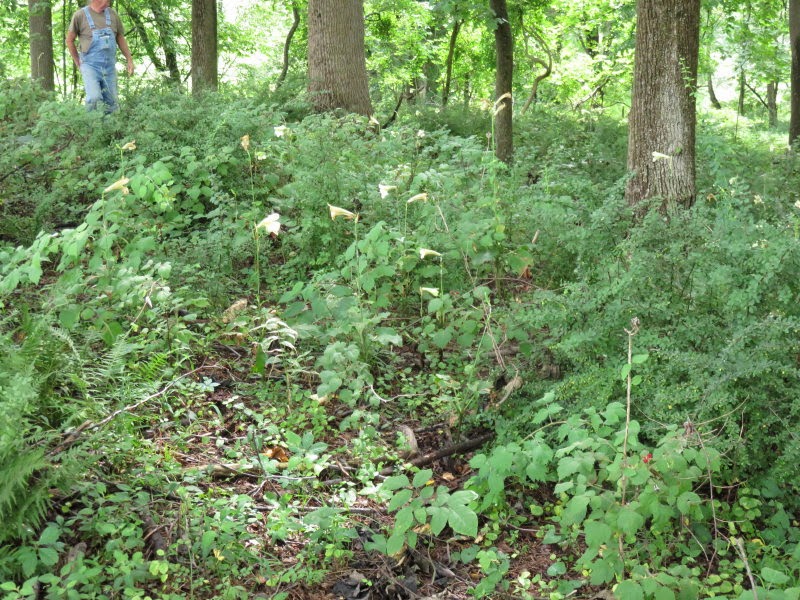 For more about this, see the September Quarterly Bulletin of the North American Lily Society. Two pictures were published there; the videos published here supplement those. There are several other short videos on hand; these might be published later. The bird heard in the background of one of the videos is a red tailed hawk, Buteo jamaicensis.


Cardiocrinum cordatum and C. cathayanum (if indeed these two are distinct species) are alike in the unusual way their leaves are arrayed. They appear in late winter at ground level and resemble developing rosettes of skunk cabbage. As the plants develop more, the entire rosette of leaves is raised until it about a foot or more above ground. At this point, it looks like a hosta on a stick. At first glance the foliage appears to form a whorl, but if you look closely you can see that the points of insertion of the foliage are not planar - the seeming whorl is a false whorl. You can see this in this photo: 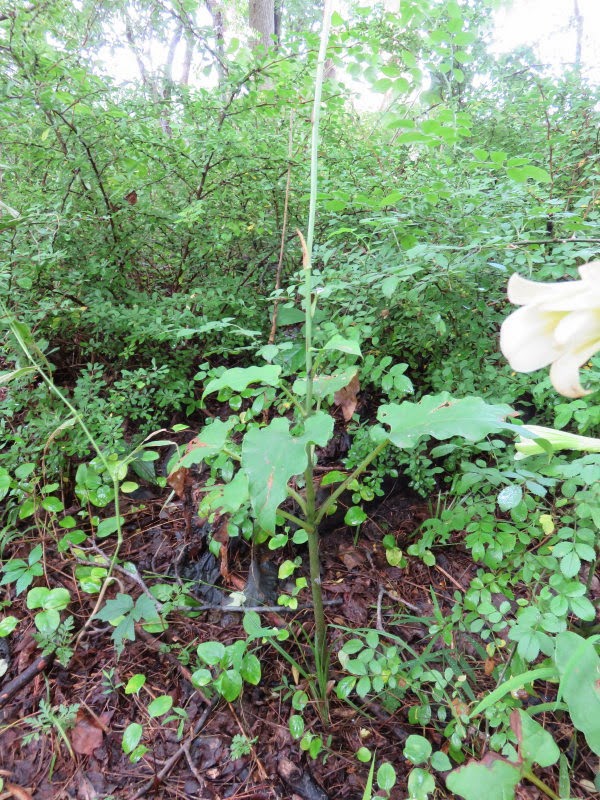 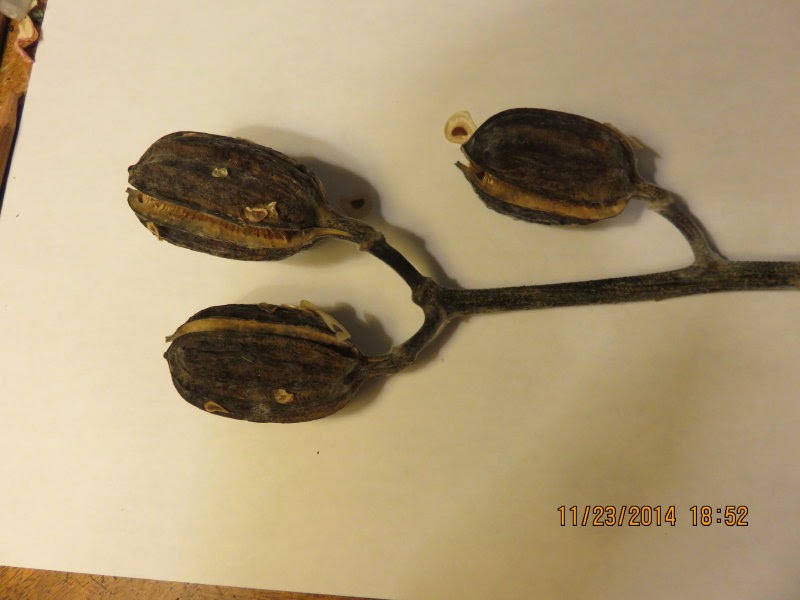 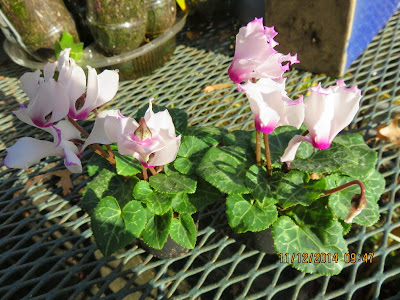 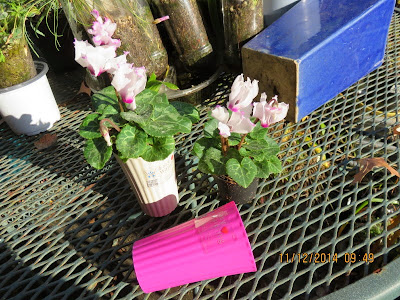 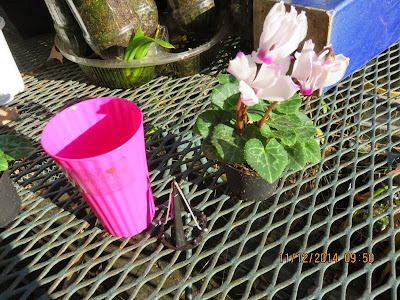 There was a time when Cyclamen persicum was the only cyclamen grown in this country, and it was grown for the house plant trade. The plants in question were selected in the "bigger is better" tradition, and somewhere along the line the delicious fragrance of the wild forms seems to have been replaced by a mild but  disagreeably pungent reek. House plant books from the early twentieth century generally mention these plants, often with the caveat that American homes are too hot for them to thrive. And some taunt us by mentioning plants in European homes which are kept from year to year, getting bigger as they go.

Much smaller, more compact forms of these cyclamen have been appearing regularly in the shops for years now. These small forms sometimes retain the sweet fragrance of the wild forms, and it's well worthwhile sniffing among them in the shop to get a good one.

Late last week I stopped by one of the big box stores for some hardware and spotted a full tray of some very compact cyclamen being sold as "mini cyclamen".  They were a very uniform group. After dipping in close I detected the great scent. The flower color and the leaves reminded me of Cyclamen cyprium, although the blooms were much more substantial. So two came home with me. I went back yesterday to buy one more, and all had been sold.

Modern marketing: when I got home I examined the plants and had a surprise: the pot they were actually rooted in was tiny, and it was supported by an ingenious little device with a long wick. Old books often contain warnings about the dangers of watering cyclamen from above, and anyone who has grown one has probably seen one flop when it did not get enough water.

There is a thread on the Pacific Bulb Society forum this week which discusses some of these little cyclamen. Those are from the Metis Pom Pom series: Are the ones shown above the same as the ones being discussed on-line?

These seem to have been grown in Canada, and are being sold for all of $3 each!

Update February 13, 2015: these are still in bloom! As of a few days ago they have been in one of the cold frames where they will spend the rest of the year.

Posted by McWort at 9:42 AM No comments: