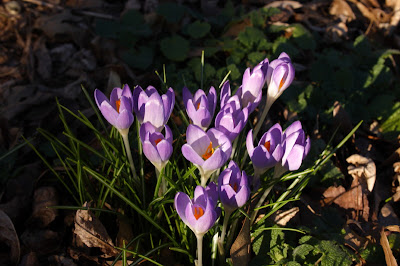 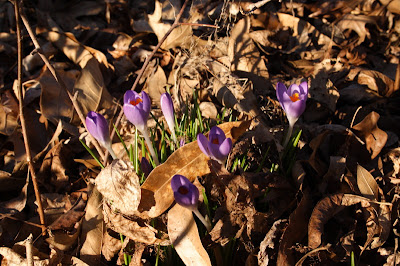 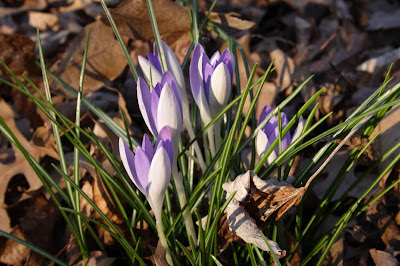 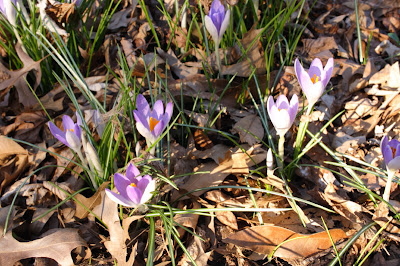 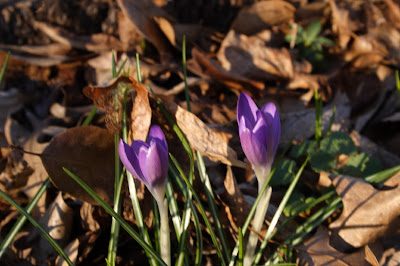 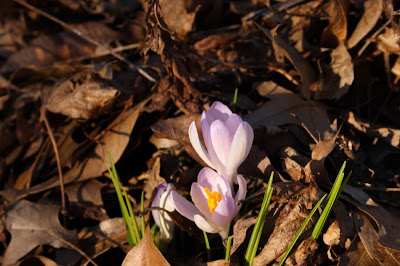 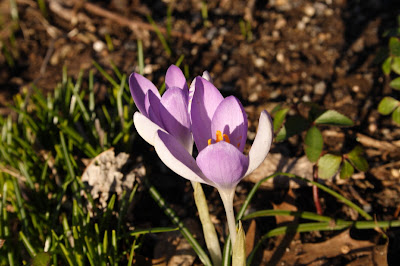 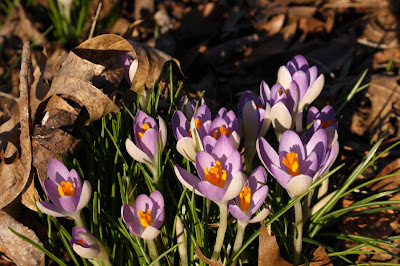 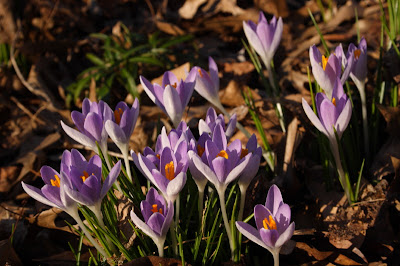 Tommies are in full bloom this week. These are Crocus tommasinianus, in many respects the best crocus for our gardens.

Buying tommies can be tricky because the widely marketed forms such as 'Ruby Giant' are not really true tommies. They are probably hybrids with Crocus vernus. But even if that is not the case, the forms such as 'Ruby Giant' do not behave in the garden the way true tommies do. True tommies seed around and form thick clumps of bloom; if you have the time to spend with them when they are in bloom, you'll notice that every plant is just a bit different from its neighbors.

When they are naturalized in lawns in their hundreds they produce a charming (but fleeting) effect on warm winter days. Look for the ripening seed capsules in late April; collect and then scatter the seeds to get colonies going in other parts of the garden.

If a gardening friend offers you some crocus corms with the comment "I don't know the name of this one - it's the little purple one that you see in old lawns in February", accept them with thanks! That was the source of one clump here in the garden.
Posted by McWort at 1:15 PM

Love Tommies. Had a real problem getting them in Canada, seems all the bulb companies only sold named varities and I wanted the species. Finally one made a special order for me, min quantity of 1,000 and 2 autumns ago, I planted them all. Well, it seems like I was spied on by the squirells in the hood, who did not hear that they were not supposed to like them and devoured 90%. Hopefully the ones that are left will do their duty and increase.