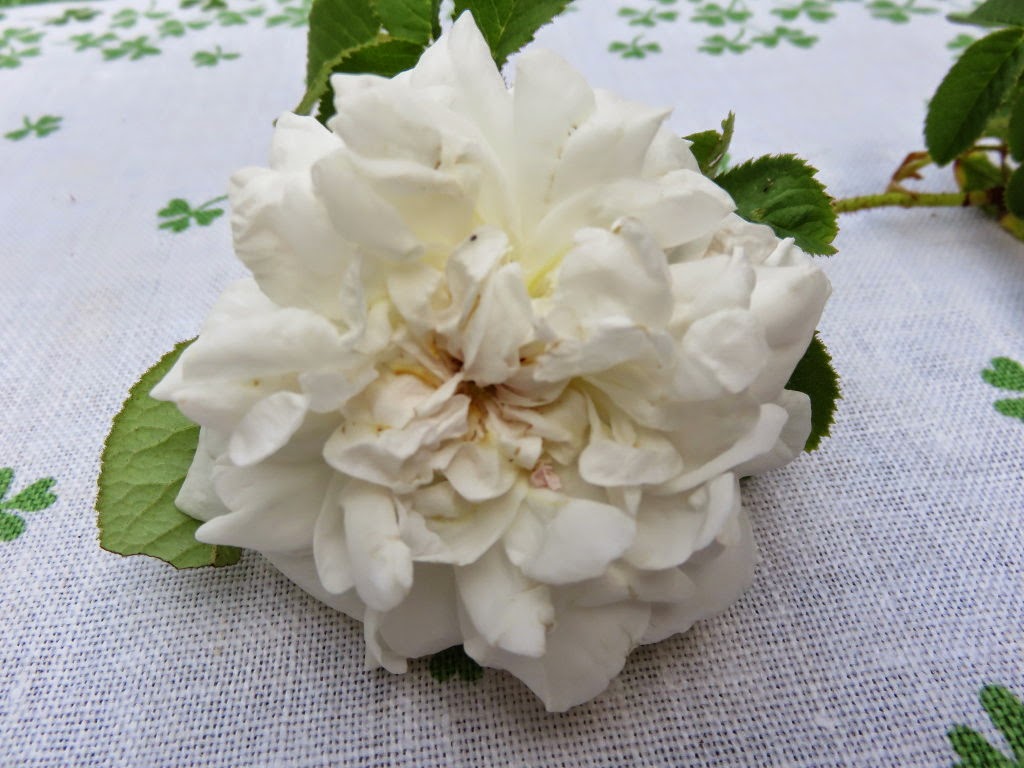 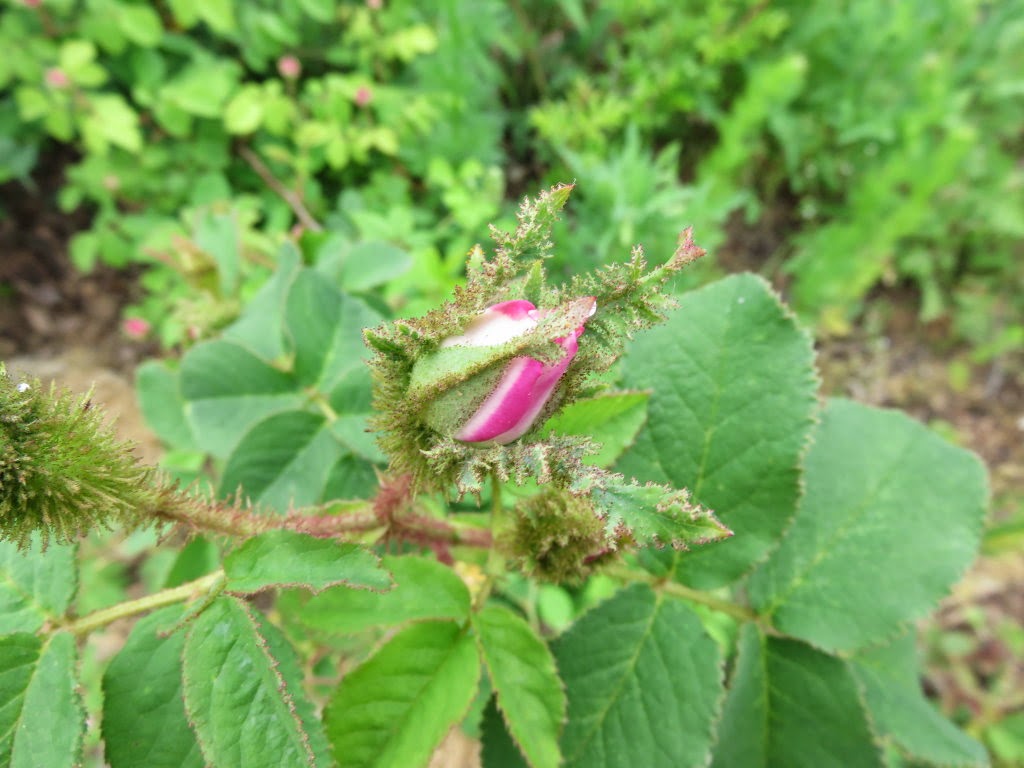 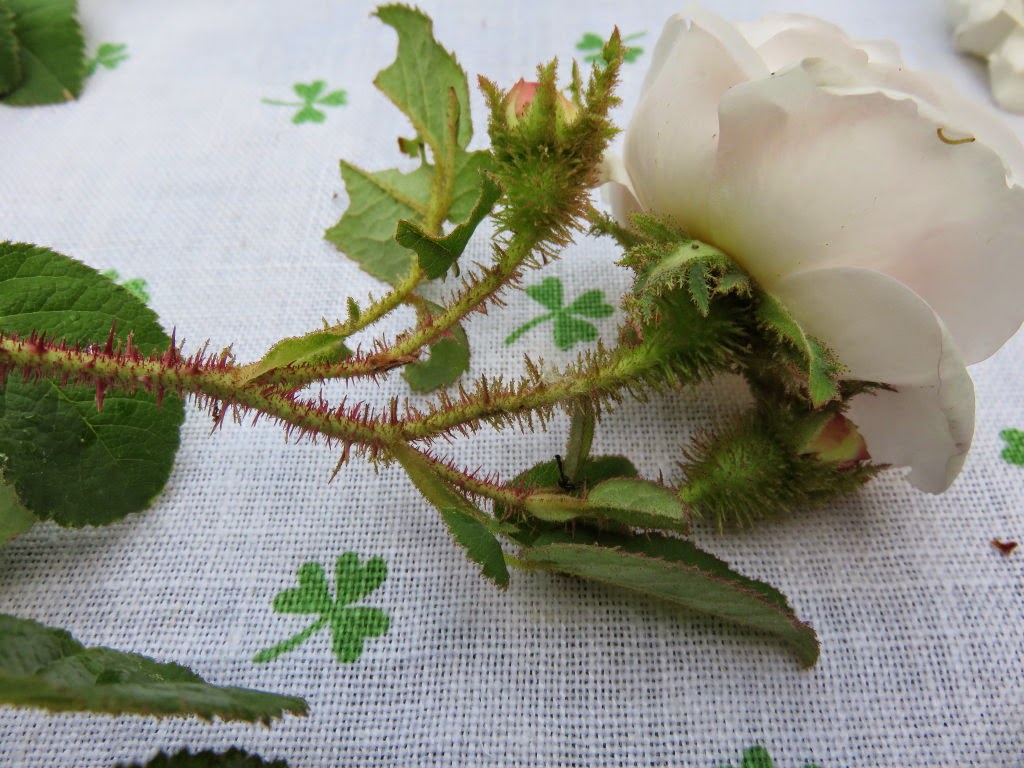 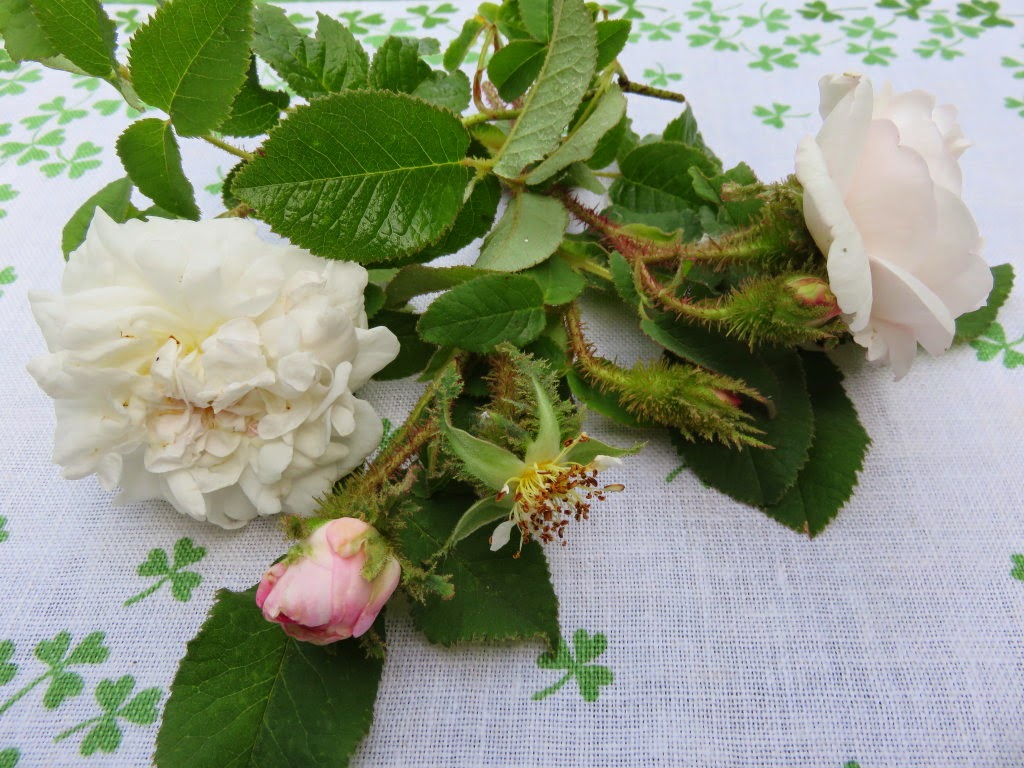 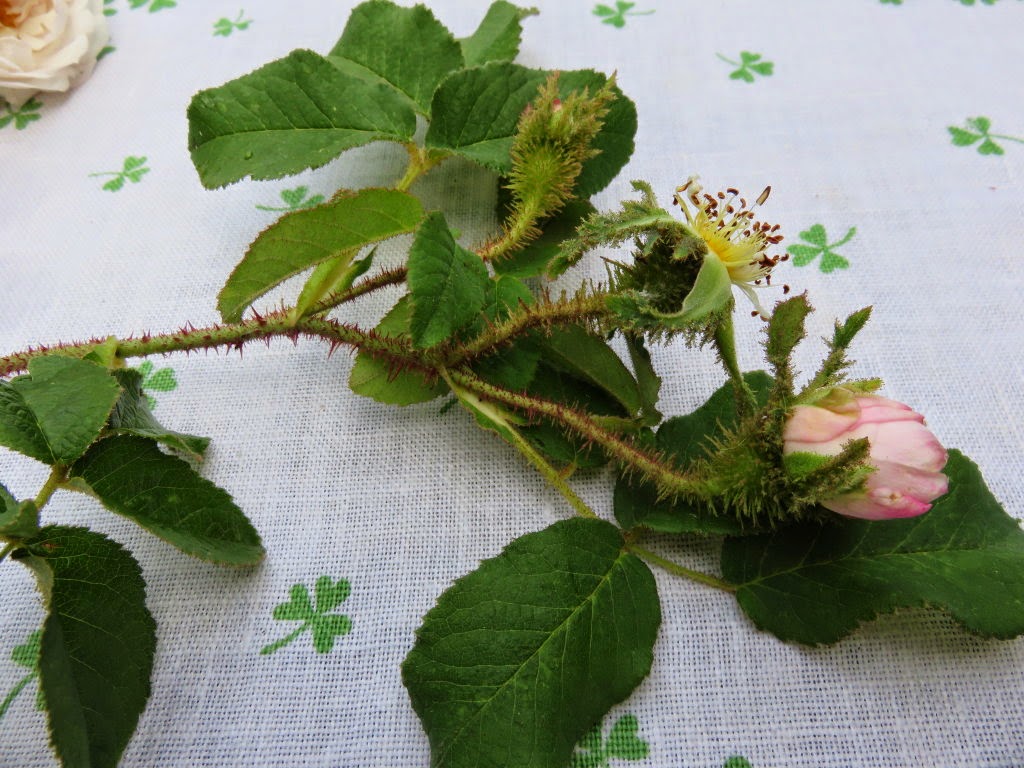 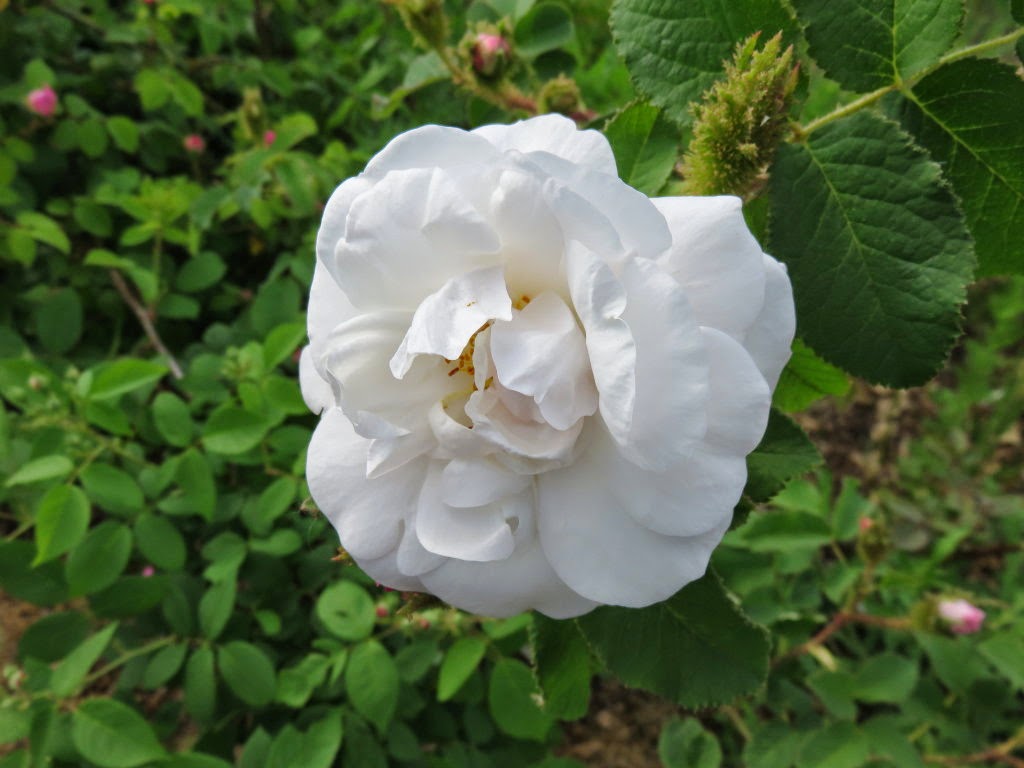 Sergeant Cuff is a character from The Moonstone of Wilkie Collins. And just as The Moonstone is the prototype of a whole class of mystery stories, Cuff is the prototype of Sherlock Holmes,  Hercule Poirot and all the others between and since: the sort who come with the recommendation that “when it comes to unravelling a mystery, there isn't the equal in England” as Collins put it. After Cuff is introduced in the story and we are given several dozen pages to see what he is like, a totally unexpected side of his until then seemingly strict and all-business character is revealed: Cuff is in the garden having a talk with Mr. Begbie, the gardener of Julia, Lady Verinder; as Cuff and Begbie share a bottle of Scotch whisky they argue over this:  “whether the white moss rose did, or did not, require to be budded on the dog rose to make it grow well.”

The rose which was the topic of that discussion is shown above: this is the true white moss rose. And Cuff must have been right: my plant is not budded on dog rose but rather is on its own roots. The Moonstone was published in 1868, a time when moss roses were enjoying a huge vogue in Victorian England. By then hybridizers had started several different breeding lines of moss roses, and the true old white moss was not the only white moss making the rounds. But surely someone of Sergeant Cuff’s level of discernment would have held out for the original!

It’s difficult to write with certainty about the history of the white moss rose: it seems to have existed in the late eighteenth century; on the other hand, it may have occurred spontaneously several times back then. How can that be? It’s because the pink moss rose, of which the white (or the several whites as the case may be) is itself a sport of the pink rose known back then and to some even now as “Rosa centifolia” or "the cabbage rose". All of these presumably derive from a single seed which germinated hundreds of years ago. The plant from that seed spontaneously mutated many times over the years to produce forms with pink and/or white un-mossed flowers and ultimately pink and/or white mossed flowers.

At the beginning of the nineteenth century, three white mosses were making the rounds: 'Shailer’s White', 'White Bath' and 'Clifton Moss'. One point of view is that these were all the same plant. Another point of view is that at least two of them, 'Shailer’s White' and 'White Bath', are distinct. To this day, it happens that white-flowered moss roses revert to pink occasionally.

Uncertainty about its history is only part of the story; in addition to ‘White Bath’ there are other white-flowered moss roses, and more than one author in the past has tripped up on the identity of the plant they were growing. And the plants in commerce have been confused for decades.

Perhaps I should add that I think my plant is the real thing, but who knows what the rosarians of the future will think.

Whatever it is, it has the qualities for which rose lovers have praised the white moss for centuries: the intense and characteristic fragrance of the flowers and the extensive growth of the sepals with their soft, resinous moss with its own distinctive fragrance.

When the season for once-blooming roses arrives, it’s time to disconnect the phone and the television and turn off the computer and radio. People in today’s thoroughly wired world find it hard to understand why someone would willingly withdraw from social contact during the blooming season of certain plants: but gather your rose buds while ye may, indeed: this treasure among the roses is with us for a week or two only each year, and even a stay in the refrigerator can prolong that just  so much.
Posted by McWort at 4:00 PM