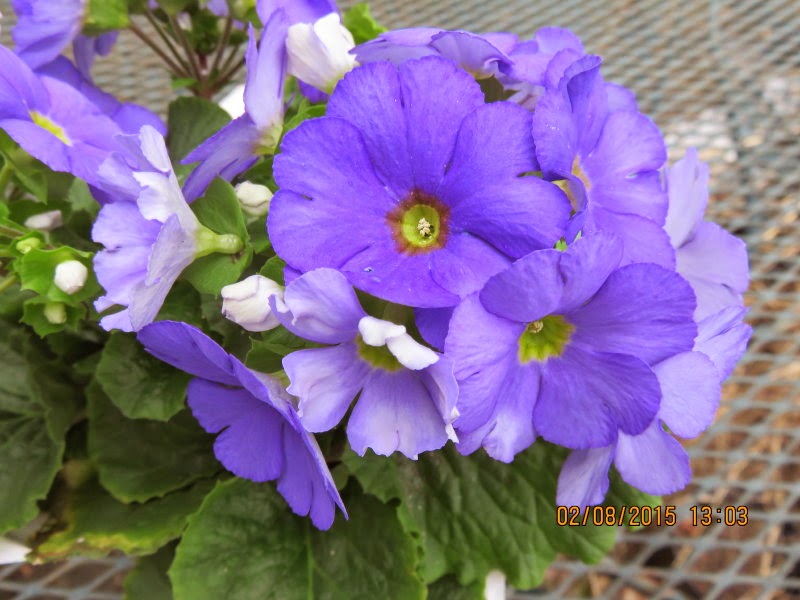 Although I’ve known about Primula obconica for most of my gardening life, this is the first time I’ve had one in the house. It was purchased at one of the big box stores two weeks ago. These are not garden plants here. Although  primroses as a group are generally very cold adapted and most species flourish in areas with extremely cold winters,  Primula obconica is generally treated as a greenhouse or house plant in areas with freezing winter temperatures. I’m uncertain about just how much cold it will actually tolerate: as a wild plant it almost certainly occasionally experiences freezing temperatures. This one has already been moved to one of the cold frames: temperatures down into the 20s F are predicted for tonight, and later this week typical winter weather will return. After closing the cold frames later today I’ll make the additional concession of covering them with a tarp. But other than that the primroses and cyclamen now blooming in the frames will be on their own.

The paragraph above was written a few days ago and is now ready for an update The temperature this morning was about 10 degrees F (that's about minus 12 degrees Celsius!). Late in the afternoon I went out and removed the tarp to allow the sun to warm things up a bit inside the frame. I did not open the frame. But I could see that all looks well inside the frame: this raises hopes that it might be possible to establish Primula obconica in the frame - or at least to enjoy it for much longer than if it had been kept inside a warm house.
Posted by McWort at 4:18 PM

No John, I do not monitor the temperature. And yes, these nest few days will be a real test: I just heard that it might go down to 2 degrees F Monday morning.
These cold frames have been in use for years, and so far, hard as it is to believe, I've never seen signs of freeze damage to the plants in them so long as I take the precaution of covering the frames.
I might be singing a different tune Monday morning.