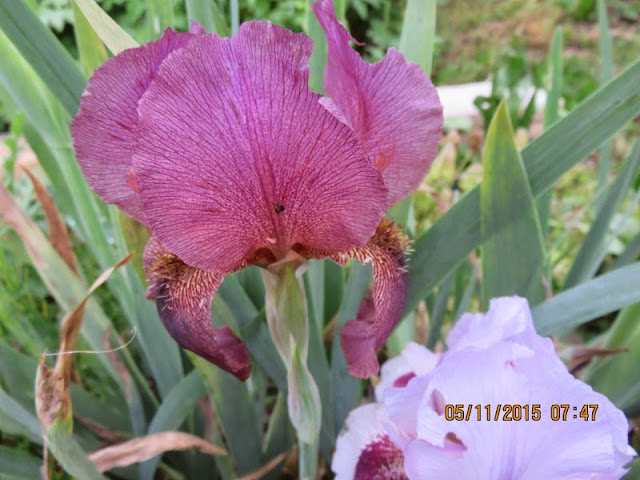 I'm lucky enough to have known and grown arilate irises since I was in my twenties. But it has only been recently that I have confidence about growing them in the the garden, and so far that confidence extends only to the "easy" ones. Here are some of these easily managed hybrids. These were obtained in 2013 through the annual rhizome sale of the Aril Society International. I ordered eleven and they sent me fifteen. Only three of these bloomed in 2014, but this year the count is up to twelve.
What are aril bred irises? They are hybrids whose ancestry on the one hand includes members of the regelia and oncocylcus groups, and on the other tall bearded irises. As a result, these hybrids show a range of variation from those with obvious oncocyclus ancestry to those which could easily pass as tall bearded irises.

Back in the 1930s, when William Mohr began to hybridize irises of this sort, there were three main characteristics of the oncocyclus species which were carried over into the best of the hybrids. One is the high-domed standards seen in the oncos;  another is the intricate veining seen in those species. And a third is the large black signal patch on the falls. What was not carried over from the onco parents was difficulty of culture. Some aril bred hybrids are touchy about summer moisture, but few are as much so as their onco ancestors.

That's the aril bred iris hybrid  'Grand Vizier' in the image above. It shows all three of the distinguishing characteristics of hybrids with onco ancestry: the high domed standards, the intricate veining and the black signal patch. Here's another view from a different angle: 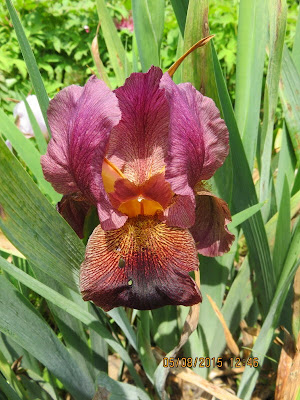 Here is 'Byzantine Ruby', again with all three characteristics, but with the emphasis shifted to the big signal patch. The hybrid 'Big Black Bumblebee' is an earlier hybrid with this same characteristic. 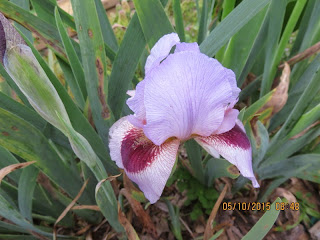 Here is 'Desert Plum', with the veining somewhat muted: 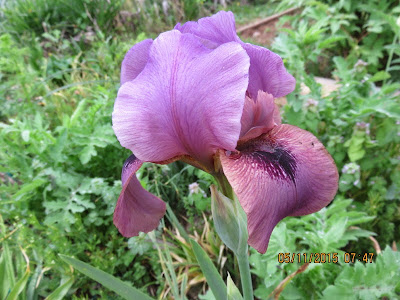 Here is 'Bold Sentry' where the characteristics of the aril ancestry and tall bearded iris ancestry are well blended: 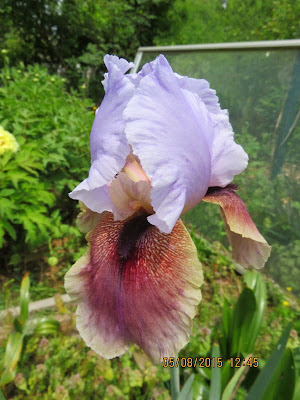 Here is 'Satan's Mistress' which could easily pass for a tall bearded iris: 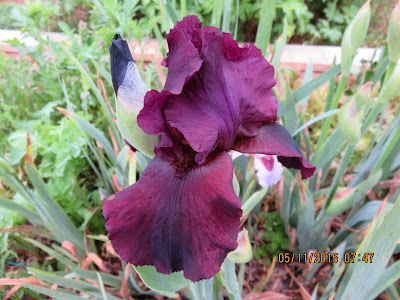 And here is 'Doug Goodnight', another one well on the way to being a tall bearded iris: 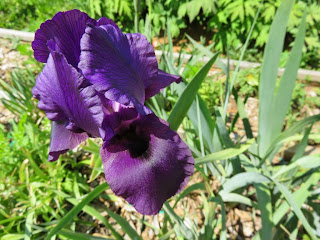