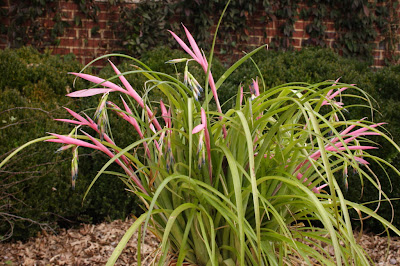 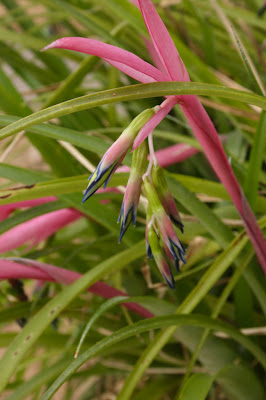 Here's an old friend helping us to celebrate the end of the year: this is Billbergia nutans, a long cultivated bromeliad often called queen's tears. It has been grown as a house plant since at least  before the Second World War. It thrives under typical house plant conditions and treatment and can be potted in soil. Our plant spends the frost-free season outside in full sun. It is brought inside when night frosts are likely. This year it waited until the end of December to produce any sign of bloom. About two weeks ago I left it outside overnight during a period of rain, and within a week the inflorescences began to appear.

The plant in the image above is not yet actually in bloom: none of the flowers is actually open yet. I'll add an image of the blooms later.
Posted by McWort at 5:44 PM