A lamb in the countryside 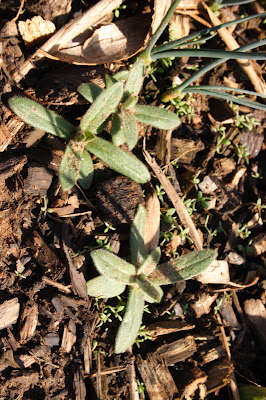 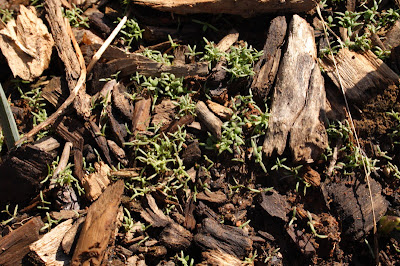 As  expected, March came in as a lamb: daytime temperatures today were well over seventy degrees F.  I went down to the ponds early this morning, but in spite of the gentle rain we had last night things were quiet then; but when I went back later in the day the peepers were in full chorus.

More rain is predicted for the next few days, and we need it. Seed of larkspurs and corn poppies sown back in December are now germinating freely, especially the poppies. Seed of corn cockle sown last fall germinated almost immediately, and the resulting plants now have several true leaves. Those are corn cockle, Agrostemma githago, seedlings in the upper image. The lower image shows corn poppies, Papaver rhoeas: did every seed germinate? I'll have plenty of thinning to do later.