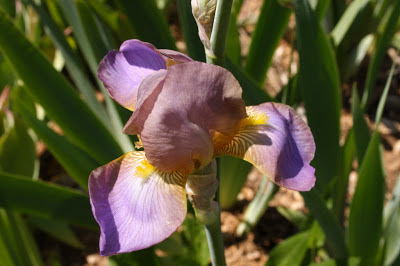 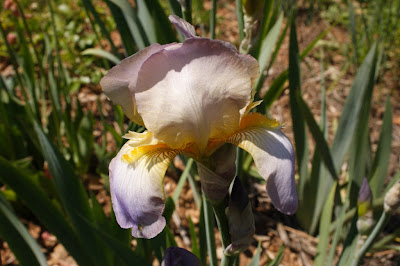 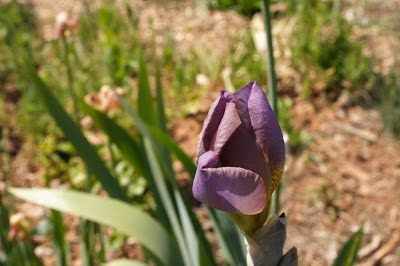 It's hard to believe today, but a century ago the tall bearded iris as we know it now can hardly be said to have existed. There were a few tall bearded irises in gardens, but even the best of those are smaller and plainer than the modern tall bearded iris. The early twentieth century saw the tall bearded iris undergo a multifaceted transformation: the colors were clarified, the color range was widened, the scapes became taller and stronger, the number of blooms on a scape increased, the individual flowers increased in size and acquired flounces not seen in the old forms.

Those were the days when the tall bearded iris emerged from the category of general favorite to become a specialist's plant. Iris societies began to pop up across the country and backyard breeders raised hybrids by the thousands. And, over time, thousands of these hybrids disappeared as newer, bigger, more colorful hybrids were introduced.

There is no way it all could have been saved for the future.Yet here and there old varieties did survive, some no doubt due to nothing but chance, others because they have qualities which endear them to iris enthusiasts. In the image above is Bertrand Farr's 'Quaker Lady', an iris which dates from the days before the First World War. Note that the colors are not clear, the color range is narrow, the scapes are relatively short, the number of blooms on the scape is low, the individual blooms are relatively small and the overall form of the bloom is plain and lacks the flounces which almost all of the modern hybrids have. And yet 'Quaker Lady' is as beautiful in its way as any iris needs to be. Generations of iris enthusiasts have felt the same way - that's one reason why we still have it. I'll try to remember that the next time I'm out deaccessioning things in the garden.