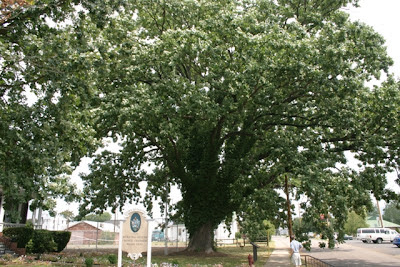 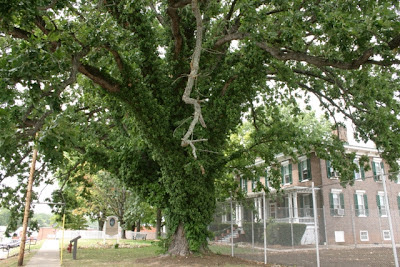 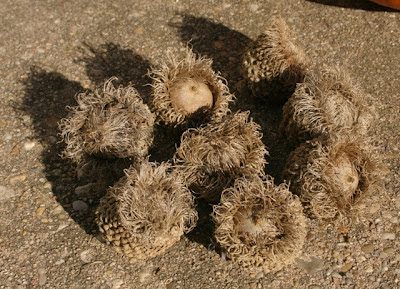 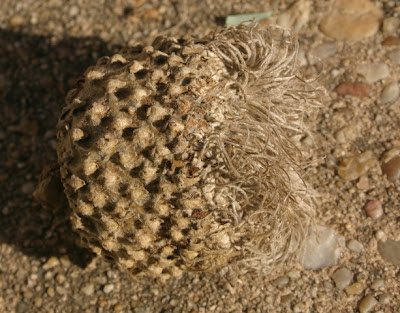 Virtually all of my life I've been lucky enough to live in close proximity to oaks. To this day I remember the important oaks of my childhood. The most massive trees in our area are apt to be oaks, and there is an oddly satisfying pleasure to be had in viewing them. Or at least there is for some of us. I had a neighbor in the past who never saw a tree he didn't want to saw down: the bigger the tree, the greater the challenge. A magnificent white oak grew on his property, and he wasn't happy until he had taken it down.
The very existence of such massive living things, things which have been there for decades - sometimes centuries - suggests that the world, if we give it a chance, is more stable than we are apt to give it credit for. At least some of us take satisfaction in that thought.
The tree shown above is the still magnificent Elkton, Virginia mossy-cup oak. The acorns shown in the lower images are from trees growing in the home garden. Botanically, the plant is Quercus macrocarpa - the macrocarpa part is a reference to the big acorns, reportedly the largest of any North American oak.
I first saw this species in the wild in central Texas about forty years ago while I was in military service. But by then I had already become aware of it from the trees which grew along the old Olmstead Walk on the grounds of the National Zoological Park. It was there that I first noticed the comparatively huge acorns with their fringed cups. Sometime in the 1970s I collected some of these acorns and planted them in the garden. Two grew, one of them much more rapidly than the other. They are now big trees, the larger one in particular. This provides some solace for the fate of the parental trees: they were cut down several years after I collected those acorns. Why?
They fruit here only erratically. This year the acorn crop is very heavy. The last heavy acorn crop here was well over ten years ago.
I've called this species mossy-cup oak in this account; the name bur (or burr) oak is more widely used.
Posted by McWort at 4:24 PM

We bought property in Greenville AL with three established Mossy Cup Oak trees. There have been acorns each year since we bought the property. The seller gave us an article piblished in "The Montomery Advertiser" in 1950 about these rare trees.
There was an abundant crop this year, each tree having a different shaped acorn. We want to plant as seedlings, how do you set the acorn, with tip up or down???
jjsblosum@hughes.net