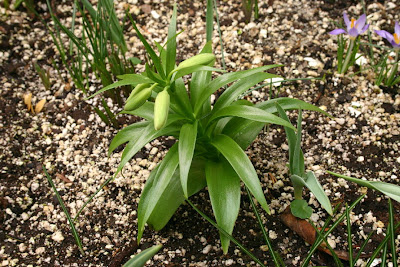 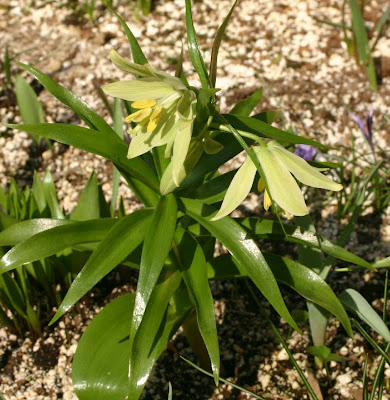 March 2009 was not all bad. The first of the Fritillaria showed easily counted buds by March 11. This was Fritillaria raddeana, and by March 18 it was in full bloom. This plant has bloomed for the last four years here. It's never been more than about a foot high, and it grows from a walnut sized bulb.
Last fall I received some comparatively huge bulbs of Fritillaria raddeana. These are emerging now, buds first, the same way the small form described above does. The sprouts from these new bulbs are big, like those of the crown imperial.
The two images above show the small form on March 11 and on March 18.
Posted by McWort at 8:51 PM