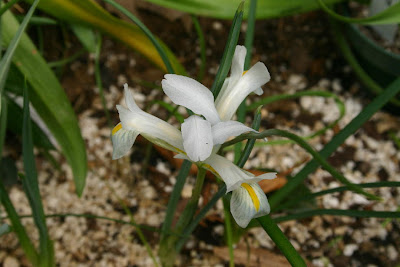 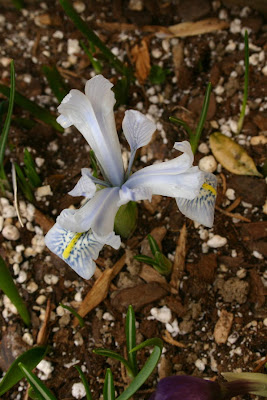 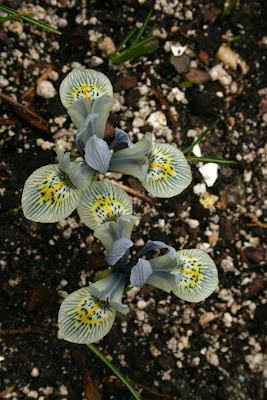 The reticulate iris season is over by now, but this year a nice, representative selection bloomed in the cold frames. Three are shown above in images made the second week of March of this year. The top one is the cultivar 'Natascha', not quite white but rather a soft gray or skim-milk blue.
Next is one called 'Sheila Ann Germaney', and she is followed by 'Katharine Hodgkin'. Not shown is another one very similar to 'Katharine Hodgkin', this one known as 'Frank Elder'. I have plants under both names, but the flowers look alike to me.
Until recently, all of these were scarce and expensive. Now they can be purchased at the local garden center, and they are less dear than tulips or daffodils.
Reticulate irises in general seem to persist well in the garden, but they rarely bloom well after the first year or two. On the other hand, plants grown in pots or in the cold frames and kept dry during the summer do bloom well year after year.
Posted by McWort at 8:59 PM