Looking ahead to where I want to be 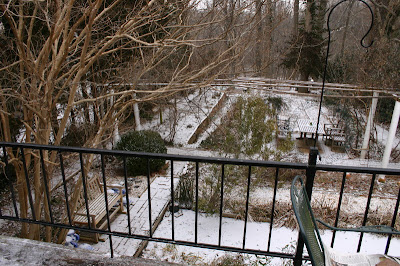 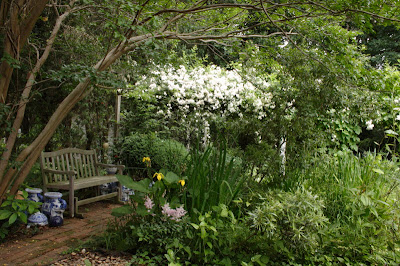 I'm in the throes of re-doing a part of the garden. Several aspects of the original design, while they looked good on paper, did not work out on the ground.  The space available in the CGP has emboldened me to move plants and get them out of the way. The original design had its strengths, and luckily I was there to photograph some of them.

Here are two photos from several years ago. The upper one shows many aspects of the outline of the original design; here it is captured after a light snowfall which has the effect of highlighting the structure of the garden.

Email ThisBlogThis!Share to TwitterShare to FacebookShare to Pinterest
Labels: garden at rose time, garden in winter