Mixed gleanings from the May garden

First, Silene virginica, the fire pink. This plant grows wild in eastern North America, and one might expect to find it in every garden. But it's not a common garden plant at all, although it's readily available in the trade. 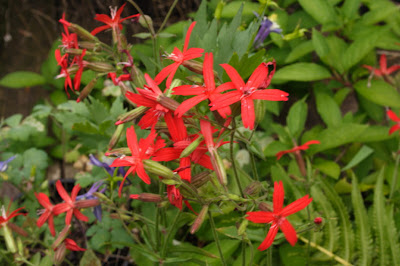 Here's another plant which, if easy availability and low price were considerations, one would also expect to find in many gardens. This is Ixiolirion tataricum (aka I. pallasii, I. montanum among many others). In this case its scarcity in local gardens probably has an explanation in the plant's requirement for dry summer conditions. Other than that, it appears to be easy to grow. 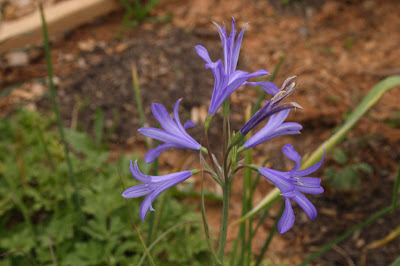 Here's Zephyranthes atamasco, said to be native to Maryland. I've never noticed a fragrance with this plant. 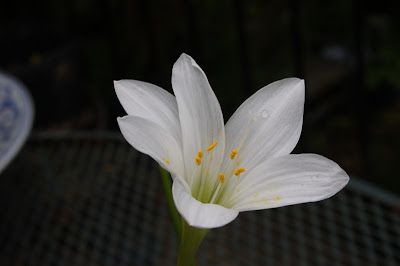 Here you can see the elongating scapes of culinary leeks. When they bloom they are as handsome as the ornamental onions. The related elephant garlic (which is a form of Allium ampeloprasum, the same species from which the culinary leek is derived) is even more ornamental as it approaches bloom: the spathe which sheathes the umbel of flowers suggests the onion domes of Russian churches. 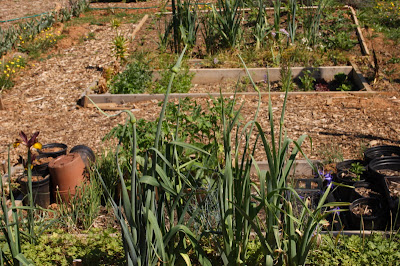 The past winter was so mild that plants of cilantro (coriander) survived and are now blooming. 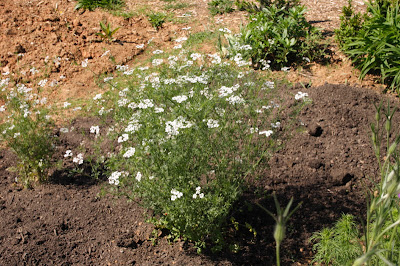 Here are some of the roses blooming now. First, 'Chevy Chase', a rose raised here in the greater Washington, D.C. area about seventy-five years ago. This is a very vigorous climbing rose with excellent, disease free foliage. The flowers are not fragrant, and the plant does not repeat, but other than that it is about as good as a rose gets. Few local gardeners seem to know about it; when I talk roses with a new acquaintance and they indicate that they know about 'Chevy Chase', I know I've found a new rose friend. 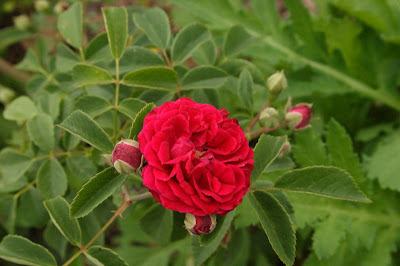 This is 'White Cockade', a climbing rose introduced about forty years ago; it's noted for very disease resistant foliage. 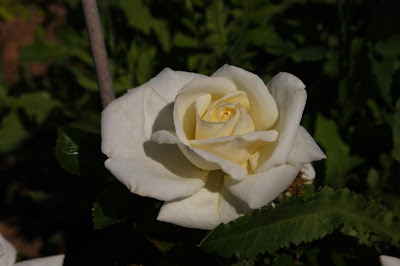 And here is 'Alida Lovett', one of the famous Van Fleet roses from the beginning of the Twentieth Century. 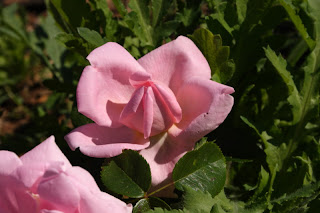 Here's a once famous mid-nineteenth century rose 'Rêve d’Or', one of the Noisette or tea-Noisette roses. This rose is a good example of what passed for yellow among rose enthusiasts of the time.  The best of the roses of this group combine beautifully blended soft colors with sweet fragrance. 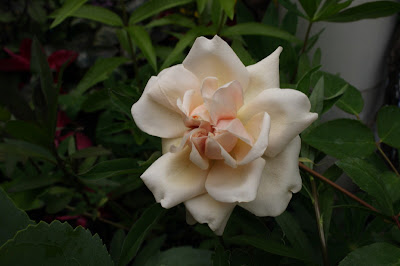 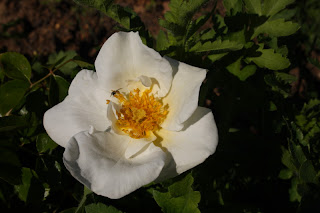 Here's one last one for today: 'Eddie's Crimson', a hybrid of Rosa moyesii. 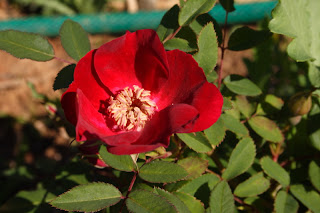