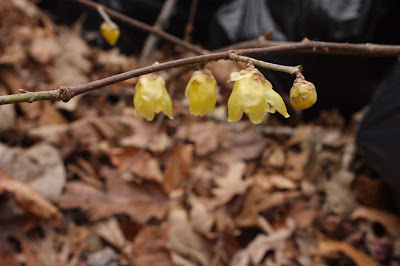 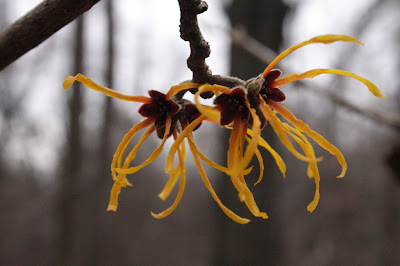 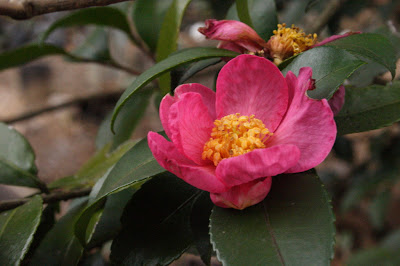 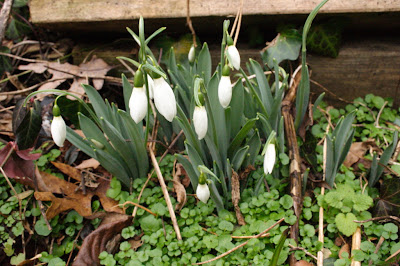 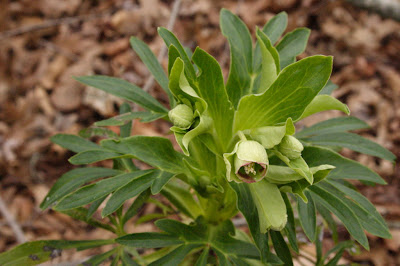 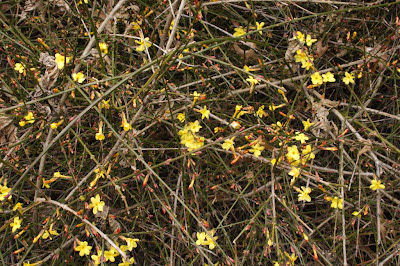 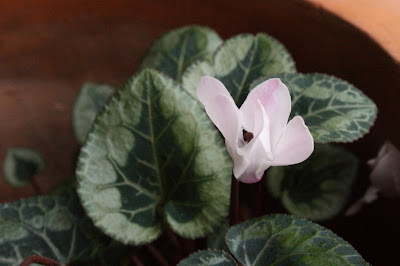 The mild winters we've been experiencing in recent years have allowed those of us who play the "what's blooming on New Year's Day" game to take this sport a little more seriously - or at least to practice it with a bit more satisfaction. My list for today won't be much different from my Christmas list, but there is one big addition. I was working in the cold frames yesterday. I keep a rosemary bush going there to have a source for cuttings and the kitchen. It had grown too big, so I hacked it down to about four inch stubs. As I butchered the plant a flash of bright blue caught my eye as quickly as if the plant had been bleeding. Too late I realized that I had cut into one of the blue bloods of my garden: Iris cretensis had an open flower, the first it has produced here. Iris cretensis is a cold frame sized version of Iris unguicularis: it's only  a fraction of the size of the larger plant. I'll post an image when another flower opens later.

In the photos above, all of them taken only about an hour ago,  you see many of the old stalwarts of the winter gardebn: from top to bottom, the charmingly named wintersweet, Chimonanthus praecox 'Luteus' (its botanical name is derived from Latin and Greek words for winter, flower and early; the cultivar name 'Luteus' is Latin for yellow), then Hamamelis 'Jelena' named for the late Jelena de Belder and one of the first of the modern hybrids to gain wide distribution and still very much worth having, then a home-grown-from-seed Camellia sasanqua, then a huddle of one-spot Galanthus elwesii monostictus (monostictus is Latinized Greek from the words for one and spot and calls attention to the fact that traditional Galanthus elwesii has two spots), then Helleborus foetidus which is not malodorous in spite of its name, then Jasminum nudiflorum the aptly named winter jasmine, and finally Cyclamen persicum. Some might object to the inclusion of the cyclamen because it is not a garden plant in this climate. But the plant shown has been outside since purchase about a year ago: I brought it in during a couple of hard freezes, but otherwise the only protection it has had has been a hand towel tossed over it on frosty evenings. I keep meaning to transfer it to one of the cold frames. It is surrounded by self-sown seedlings.

So, wouldn't you say things are off to a good start this year?

Very nice! We have a little purple heather and some camellia buds (no blossoms yet) on a 2 year old plant. Any advice for a small yard with poor soil in Northern Virginia?

In my own garden I've always put fragrance before "good looks" and winter interest over summer interest.
Also, keep good design more important than an abundance of plants.
If your soil really is that poor, give consideration to raised beds or simple mounds above the prevailing soil level.
Don't hurry: you've got the rest of your life to get it "right".