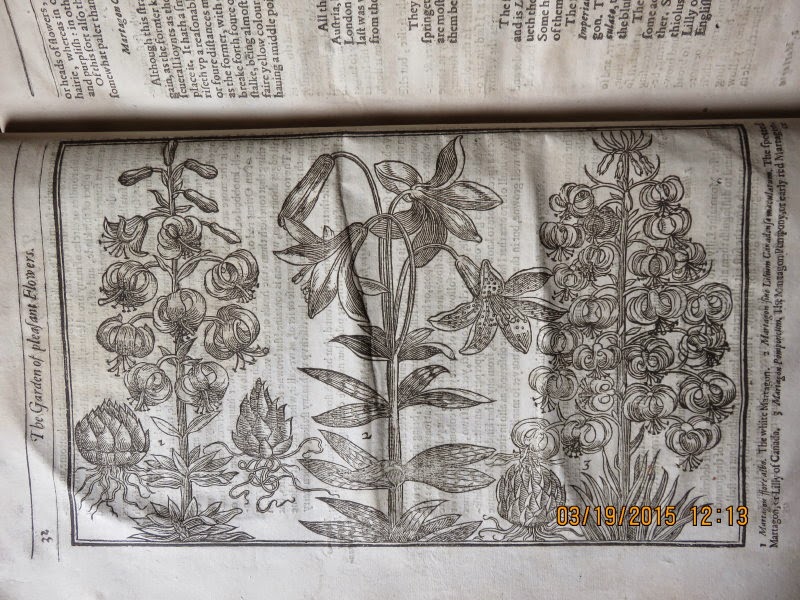 The image in the middle of the plate shown here is the image of Lilium canadense in Parkinson's Paradisus. The Paradisus was published in 1629. Parkinson says the English got it from the French, and the French got it from the French colonies in Canada (and saying it that way makes it sound like a social disease). This name Lilium canadense antedates Linnaeus by well over a century, and it is the name we still use today.
But here's something fascinating to think about: the first permanent English settlements in Maryland were in 1634. So Lilium canadense got to England before permanent settlements of English people got to Maryland.