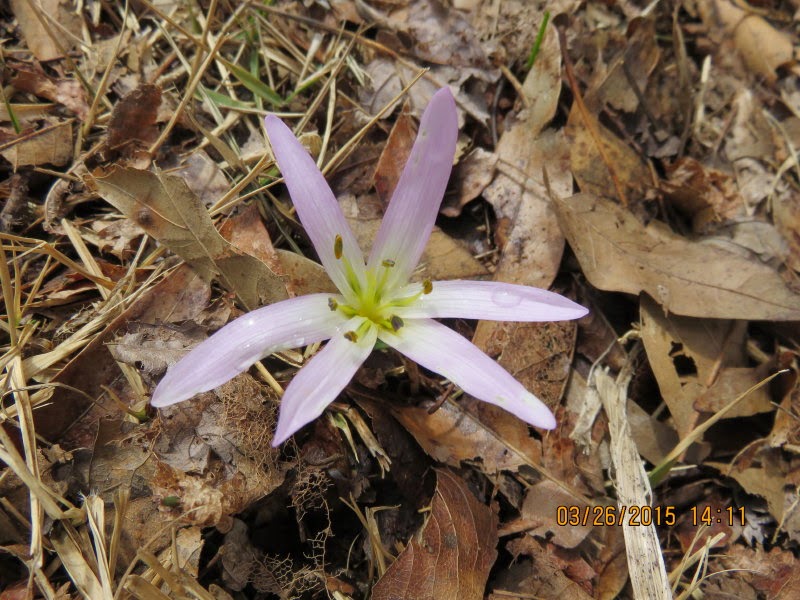 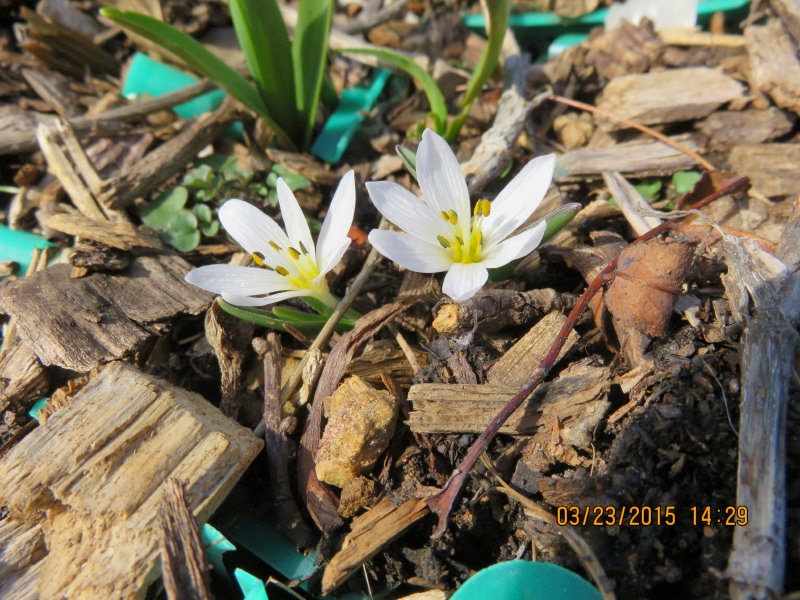 These two interesting and related plants are blooming today. I took advantage of this and cross pollinated them. Merendera sobolifera is sometimes called Colchicum soboliferum, so this effort is not so far-fetched as it  might seem.

They are both tiny little things with anthers which are about two millimeters long; the styles and their stigmas are in the same size range. I had to lie on the ground to get to them. While I was pollinating the Merendera, a neighbor who happened to be walking her dog nearby saw me on the ground and began to run towards me excitedly calling “Are you alright? Are you alright?” When I realized what was happening, I was a little embarrassed. “Just gardening” I told her, but I don’t think she believed me. Maybe “Just crazy” would have been more like it.

The form of Colchicum hungaricum used was ‘Vebelet Star’.
Posted by McWort at 7:22 PM