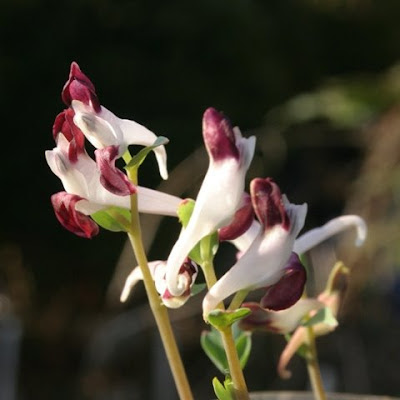 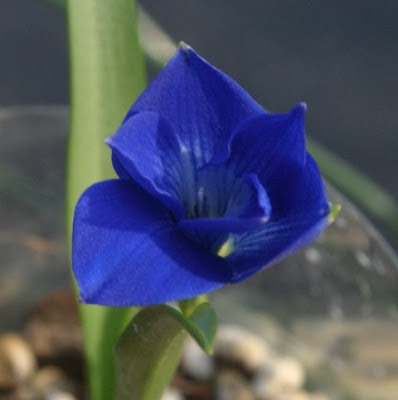 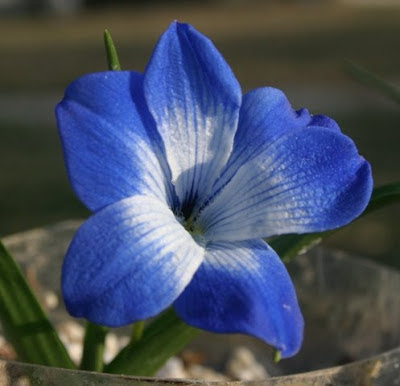 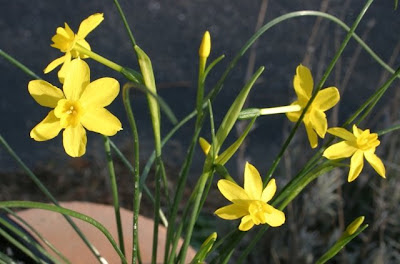 The vast literature on bulbs covers so much ground that it would be hard to characterize it. But extensive reading soon shows that few writers on bulbs have been able to resist the jewel metaphor. I got to the point where I really disliked it. And then, one day earlier this year, I was opening the protected cold frame after a cold night. I lifted the lid and the perfume of tazetta daffodils enveloped me. And as I peered into the frame, the scattered bits of brilliant color made me feel as if I had opened a jewel box. It came so naturally I didn’t resist it. “Treasures” crept into an earlier blog entry; "gems" will no doubt follow.

Here are some of the jewels in bloom today: Corydalis popovii, which I first saw in my friend Bobbie’s former Fairfax, Virginia garden years ago. I remember her plant as having blooms several times larger than mine, but that’s what the first sighting of an exciting plant will do to some of us. This one has been in the frame since its receipt in 2005. It gets better yearly, but it does not divide.

If you crave blue, there are certain plants which you will want to try sooner or later. The one here is the Chilean blue crocus, Tecophilaea cyanocrocus. It’s not a crocus; currently it’s placed in a family of its own. Many early attempts to grow this plant were failures; and many of those trying were writers who, unfortunately, gave the plant a bad name. As it turns out, it’s not difficult at all to grow. If I can keep it going, anyone can. In the recent past this plant was thought to be extinct in the wild, although recently reports of wild populations have been circulating. Its biggest enemies are collectors and cattle.

Those of you fastidious about pronunciation will perhaps appreciate knowing that the o in crocus is short: thus ky-an-ó-cro-cus. One typically hears sigh-an-no-crow’-cuss, the last syllable of which expresses my sentiments well when I hear it.

If you want to try the Chilean crocus, be prepared to lighten your wallet a bit. A single corm will not cost more than lunch for two at McDonald’s, but that’s still more than most of us are used to paying for one tiny bulb.

If the price bothers you, keep in mind that this same gorgeous color is yours virtually for free. In mid summer, look around for a patch of the weed called Asiatic day flower, Commelina communis; or check the seed catalogs for its relative Commelina coelestis. Not only is the color similar; the texture of the colored petals is also very close.

The little daffodil is a form of Narcissus jonquilla received under the name henriquezii. The name, as with so many daffodil names, is dubious. This plant is very free flowering and seems much easier to grow than some of the bigger forms of Narcissus jonquilla. This species has a strong, characteristic fragrance which I prize as one of the great floral scents.

That’s enough for a first peek. All of these were on the upper tray of the jewel box; there are plenty more to come.
Posted by McWort at 7:35 PM