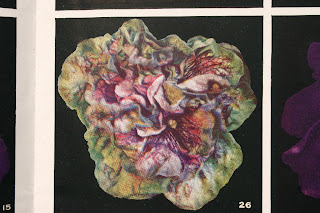 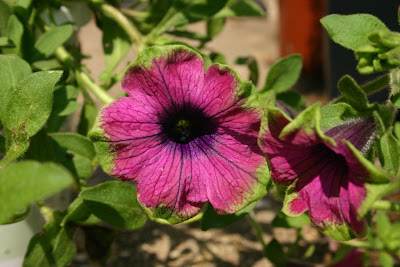 Gardeners vary a lot with respect to their grasp of the traditions of gardening. Many know no more or less than the information given in catalogs. Many probably don’t want to know any more than that. I’ve seen beautiful gardens made by people who wouldn’t be able to name their plants at any more than a very superficial level, who have only the vaguest notions of botanical relationships, who don’t know or want to know anything about the origins of their plants or about the persons and circumstances who/which brought those plants into cultivation.


At the other end of the spectrum are those of us who want to know everything. We live to get our fingers onto a keyboard and Google away the afternoon. Learning has never been so easy. Luckiest of us are those who have extensive personal libraries. Even those of us with relatively modest personal libraries often have access to information still outside the reach of Google.

And sometimes things come together – call it déjà vu, what goes around comes around, nothing’s new under the sun, or just waiting patiently – in ways which have us digging into the arcane depths of our collections of ephemera. I had just that experience yesterday while examining, of all things, petunias. One of the local big box stores had hundreds of pots of selected petunias selling for about $4 per pot. It’s not hard to see why there have always been gardeners who are enthusiastic about petunias. Unlike impatiens, fibrous begonias and zinnias, all of which might just as well be made of plastic, petunias are indisputably real flowers. The slightest breeze moves the flowers, the shape of the plant changes over time as the plant slowly expands and, best of all for me, some of them are deliciously fragrant.

But back to those petunias at the big box store: as I looked over the plants, I spotted something which really gave me a jolt. There was a petunia with flowers which had a distinct green edge to the red-violet flowers. That such a petunia exists is not what surprised me. Such petunias were well known over seventy years ago, before the Second World War. And how do I know that such petunias existed long ago? Among the ephemera I have collected over the years is a catalog from 1937 from the Richard Diener company, then of Oxnard, California. The catalog contains the photograph shown above (the upper image); at first glance, it does look a bit like some strange lettuce. But it’s a double flowered petunia whose outermost petals have a distinct green edge. I’ve had that catalog for decades, and so I’ve known about such petunias for that long – but until yesterday I had never seen anything like it.

Here’s what Diener had to say back in 1937: “ No. 26, GREEN EDGED DOUBLE.- This type comes in all colors but all have a seam around the petals which is grass green. I have been working on this variety for the last eight years to bring it to perfection, as it was at first somewhat weak, The Green Edged variety was a sensation at the World’s Fair at Chicago in 1934. It will attract attention everywhere. “

The petunia I bought yesterday, the cultivar ‘Supertunia ® Pretty Much Picasso ™‘ of the Proven Winners range, has single rather than double flowers. But the green edge is there and it’s distinct. That's it in the lower image above. How long have I waited to see a petunia like this? And I wonder if there is any connection between Diener’s breeding lines from so long ago and this new cultivar?

Here's a related funny story. Once, while searching a local library for old catalogs, one of the librarians made a comment about my interest in "ephemerata". The word ephemera is itself already plural. But this word "ephemerata" does sound like a Greek plural, and I was momentarily flummoxed. What, for instance, would the singular form be? Well, as it turns out, "ephemerata" exists (in the sense that if you Google it, there are hits), but it isn't defined as far as I can find. It's one thing to make a mistake; it's another to make it in a way which sounds so authoritative!
Posted by McWort at 3:57 PM