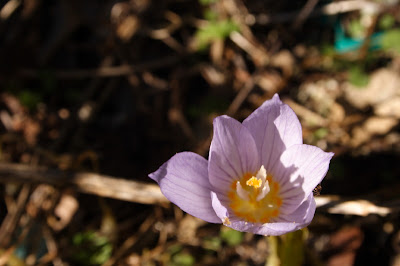 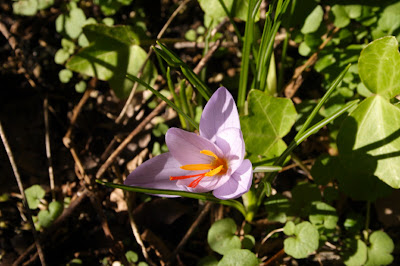 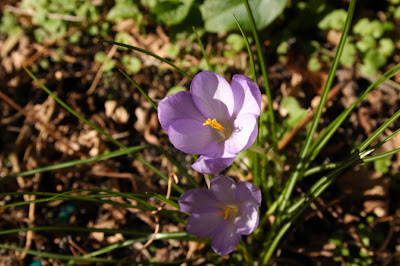 The second image shows Crocus longiflorus, a species worth growing for its fragrance.

The third image shows Crocus goulimyi. This species did not become widespread in cultivation until relatively recently, perhaps within the last thirty years, and when stocks began to be available there were complaints that it lacked cold hardiness. It's from southwestern Greece. As things turned out, at least in this garden it's probably the autumn -blooming crocus best adapted to our conditions.

These autumn blooming crocuses are a fleeting presence in the garden, and heavy rain can quickly destroy the flowers. But a patch of them blooming in a sunny spot in the late garden, especially the very fragrant ones, is an invitation to lie down, stretch out on the ground and enjoy the pleasure they have to offer.
Posted by McWort at 3:05 PM