The dog days of August 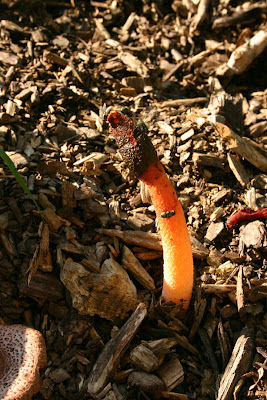 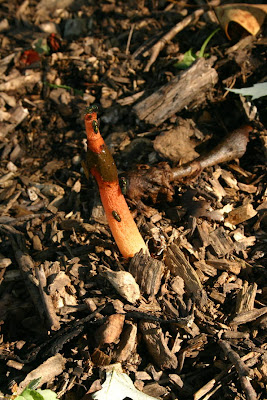 There is a group of funguses called stink-horns which naughty mycologists have had some fun with: one genus is called Phallus, and other genera have vernacular names which combine the name of some mammal with whatever vulgar name is current in the community in question for the male reproductive parts. These vernacular names are ancient and predate modern botanical nomenclature. I can't help but wonder what the doctrine of signatures had to say about the uses of these funguses.

The one shown above is Mutinus caninus, named as you can guess from the name for the dog. And it fruits during the dog days. Their appearance is disgusting enough, but just in case, be warned: they are poisonous.
Posted by McWort at 10:02 PM