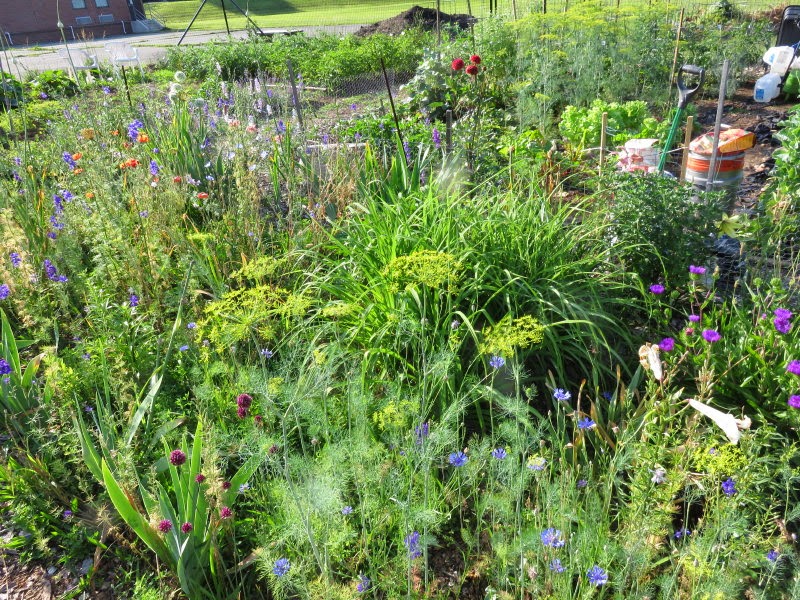 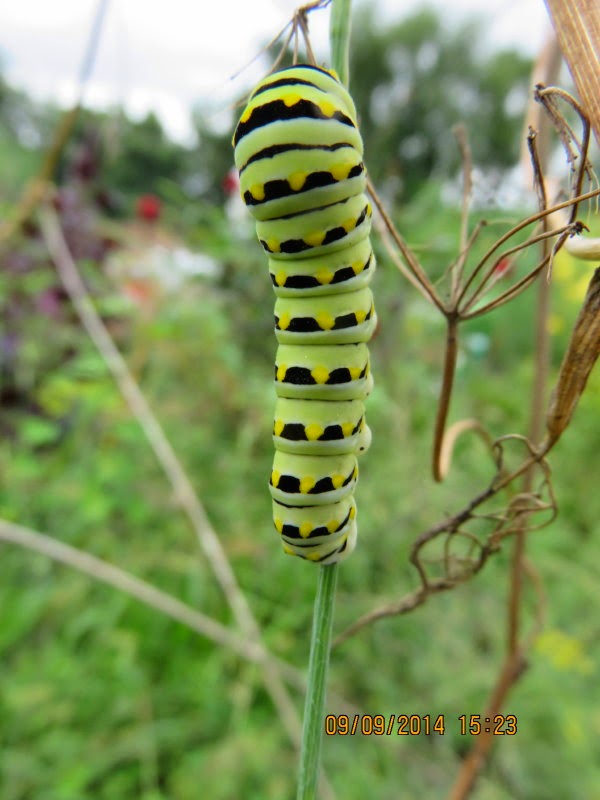 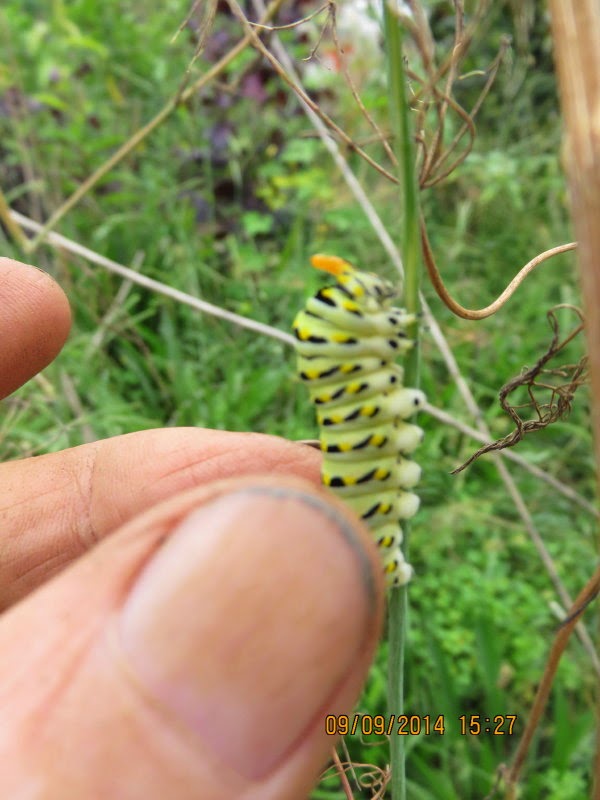 Most of us think of it as an herb and value it for its culinary qualities, but dill in the garden can be very decorative. Early this year I sowed a long row of dill, and when it came into bloom I reminded myself never to be without this plant. I let the plants set seed, and since most of it fell onto the ground, I probably never will be without it. I don't know how long the seed will live in the ground, but the hundreds of plants I raised this year from that early sowing taught me something intriguing. Those seeds I sowed had been purchased in 1994! Twenty year old seed germinates freely! For most of those twenty years the seeds had been in the refrigerator and dry.

In addition to its culinary uses and ornamental value, dill has another quality which makes it a good choice for the garden: it's a host plant for the parsley worm. The parsley worm is the larva of the black swallowtail butterfly, The butterfly is beautiful, but so too in a very different way is the parsley worm. In the picture you can see it protruding its orange osmeteria which give off an offensive (to us anyway) odor. (Please excuse the dirty weeder's thumb.) When I was a kid we called these "stink horns".