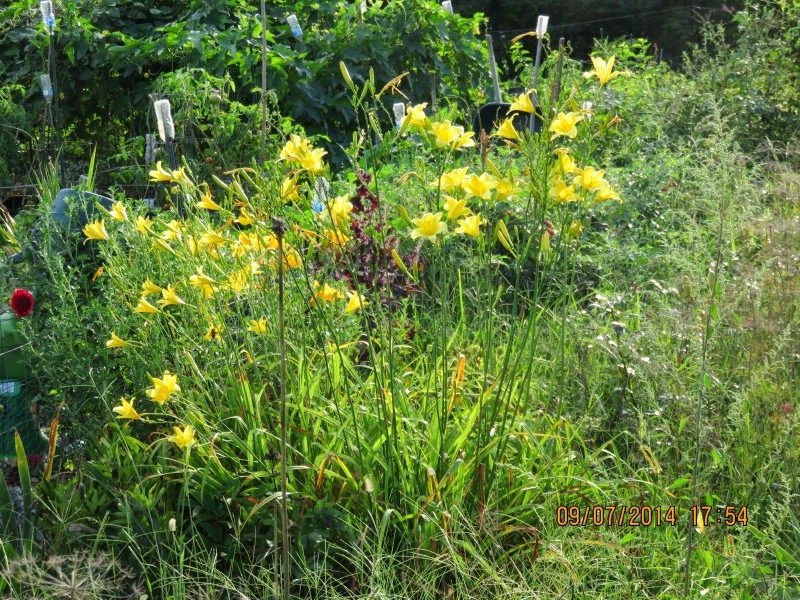 Late blooming day lilies are nothing new: two of the three mentioned here have been in gardens for a half century, and the oldest of the trio was introduced almost seventy-five years ago. These late-blooming day lilies are an unexpected treat: they bring the freshness of early summer right to the edge of early autumn. One would think that that alone would make them valuable to gardeners, yet I rarely see any of them in local gardens. In the top image you see two old hybrids: 'Autumn Prince' on the left and  'Autumn King' on the right.  If you look very carefully you might be able to pick out a flower or two of 'Autumn Minaret', the tallest of the trio. 'Autumn Prince' was registered by Arlow Stout two years before I was born, so we have matured together.  He registered 'Autumn Minaret' and  'Autumn King' in the 1950s.