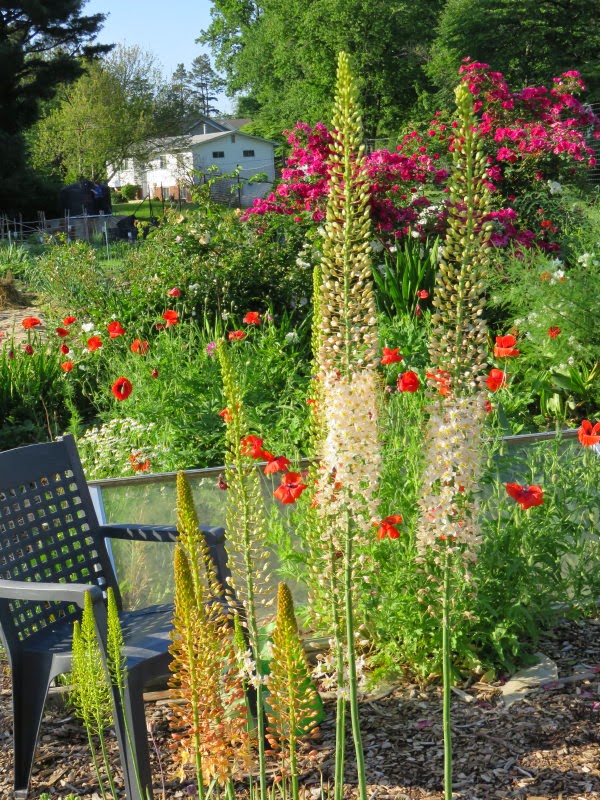 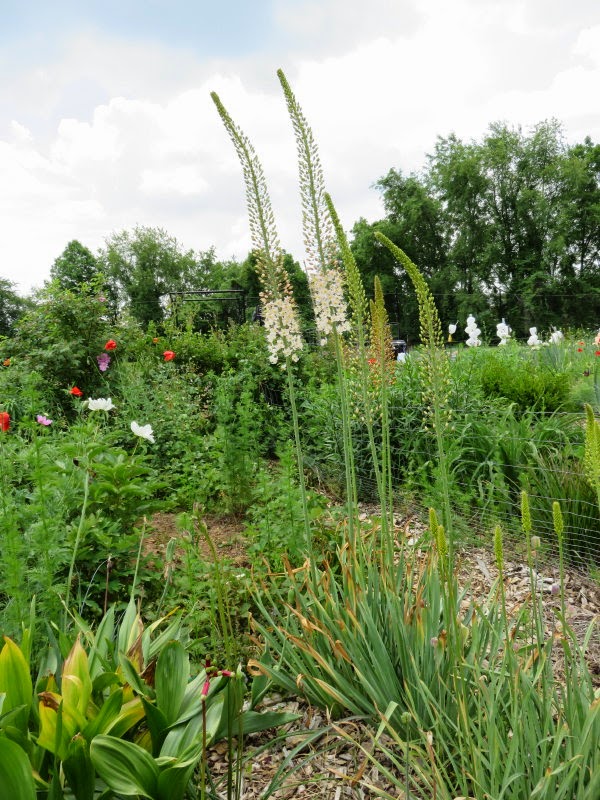 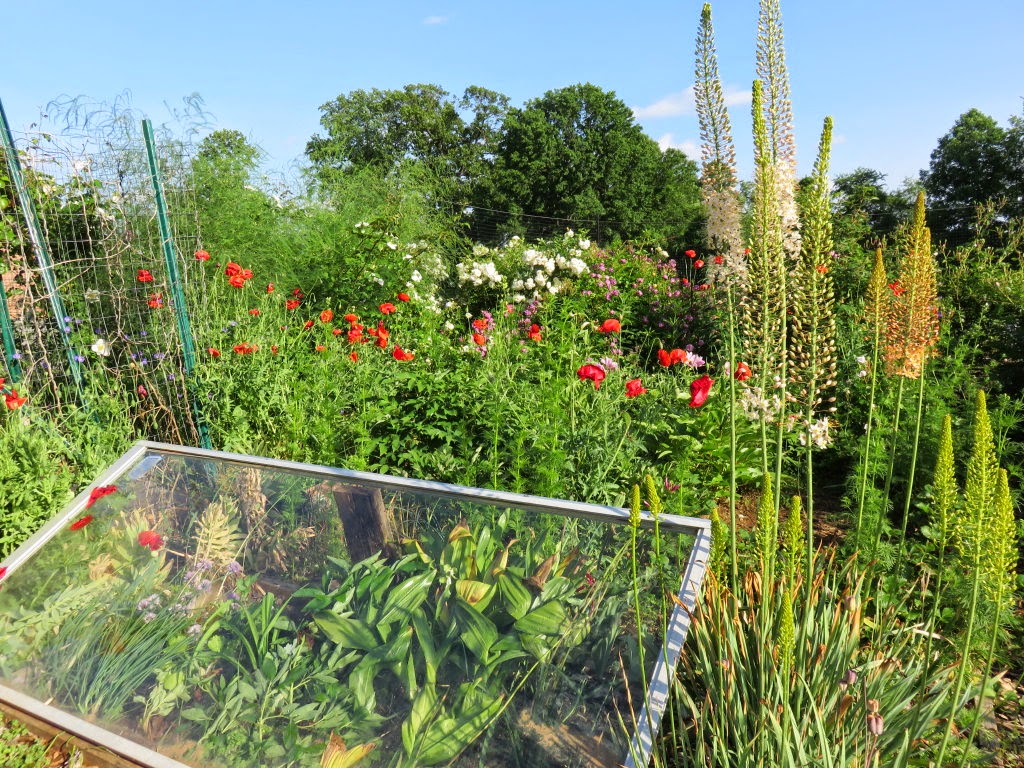 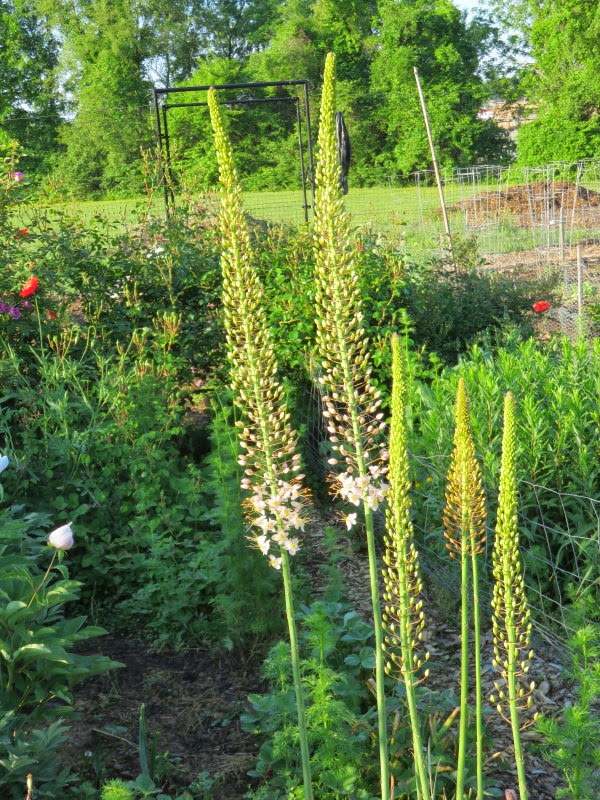 Eremurus or Fox-tail lilies are without a doubt attention getters. It's unusual to see them established in local gardens, but the reason is simple enough: they require very dry summer conditions. Other than that they are not difficult to grow.

Fifty years ago when I was in the army my mom sent me photos of the Eremurus elwesii I had planted just before leaving home for military service. The Polaroid prints are not too clear, but it's obvious that they were huge. My plants back then came from the John Scheepers company - in late summer they used to send out a brochure listing their Eremurus offerings. These brochures were addressed to Mr James A McKenney,  Esquire.

The plants shown in these images are the modern American-grown strain called Spring Valley hybrids. These are not as tall as the E. elwesii mentioned above, but they are tall enough: the tallest in the images topped six feet high.
Posted by McWort at 8:02 PM