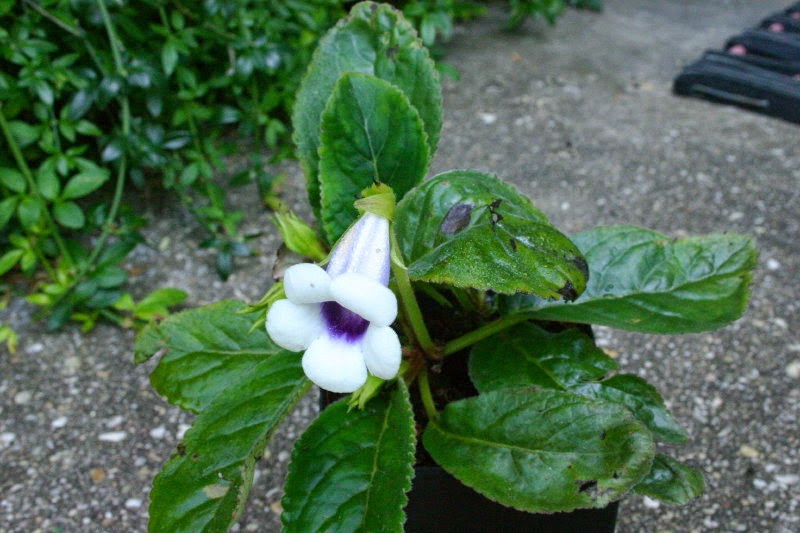 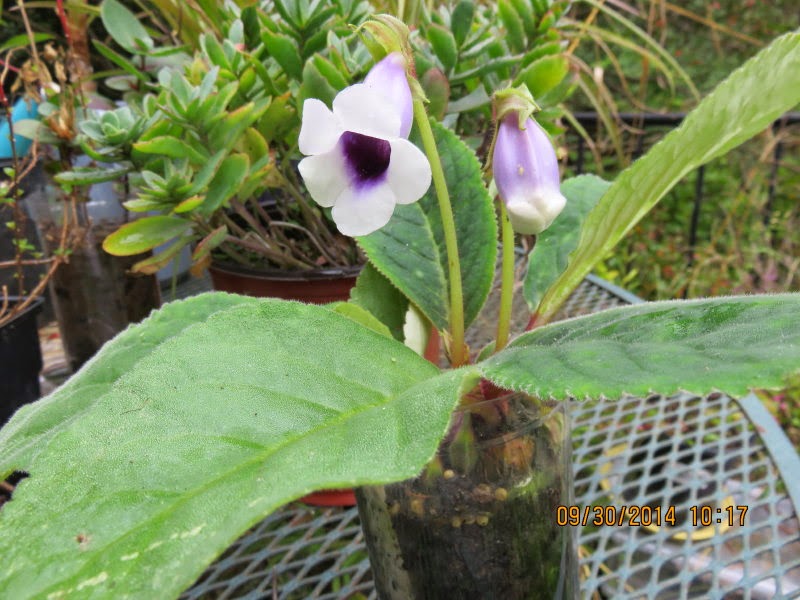 Now fast forward four years. About six months ago I noticed a strange seedling in one of my pots. As it grew, I began to suspect that it was a gesneriad, in particular an Achimines. Because the rhizomatous bulbs of Achimines shed scales so easily, I though that was a likely source of the little plant - that it was not a seedling but rather had grown from a wayward scale. But it soon grew to the point where Achimines seemed unlikely. Flower buds eventually appeared, and by that time it was obvious that it was  Sinningia speciosa.  And it was a dead ringer for the plant of 'Carangola'. That's the plant in the lower image.

Years ago I had obtained seeds of a Sinningia speciosa cultivar from the PBS seed exchange. I wrote to the donor of those seeds for information about the parent: it was an 'Emperor Wilhelm' sort, one of the well known peloric houseplant gloxinias. So I ruled out those seeds (none of which germinated).

I re-use soil from pots of plants which have failed; but Sinningia speciosa plants do not produce vegetative propagules, certainly not propagules which remain dormant for years.

So my plant must have come from seed, and that suggests that the 2010 plant of 'Carangola' did set seed that I somehow missed. I have since learned that the seed pods of Sinningia speciosa are small and easily overlooked.

So is the mystery solved? Maybe, but in any case I have a handsome plant for my collection.