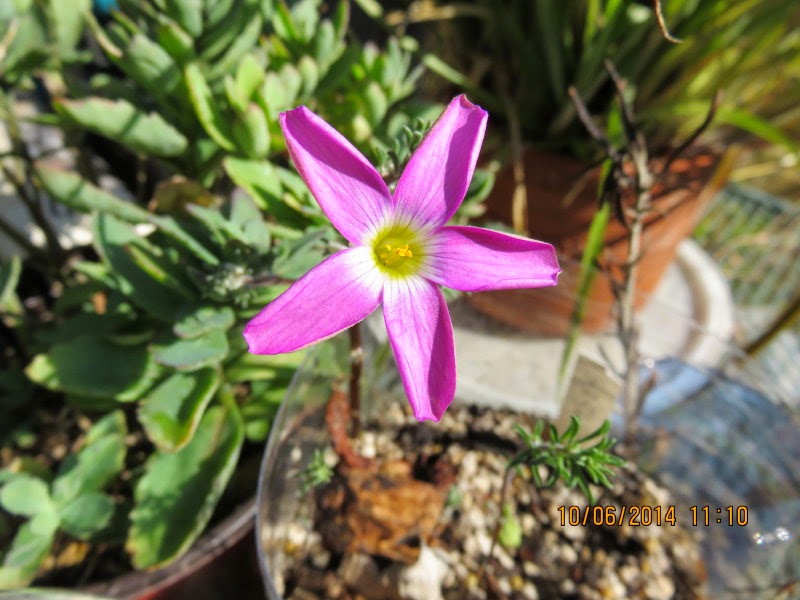 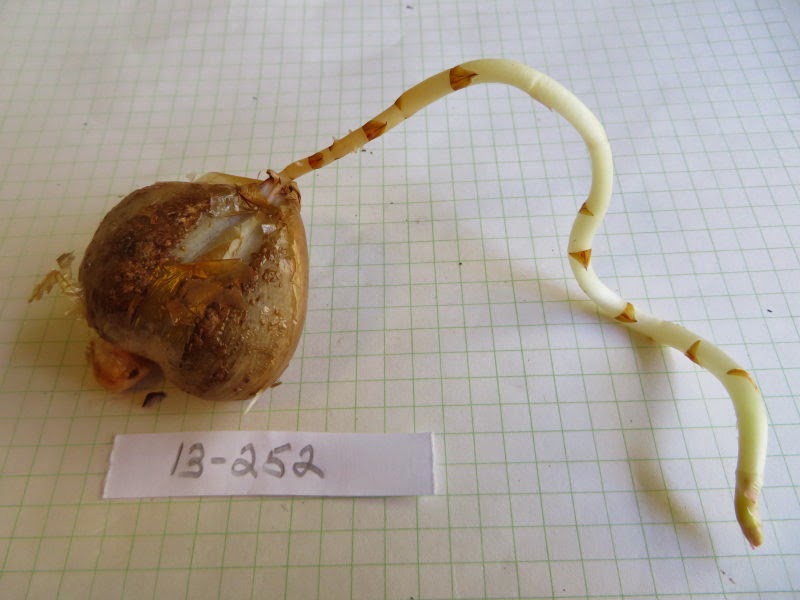 Thanks mostly to the generosity of several members of the Pacific Bulb Society, over the last few years I've accumulated a collection of about forty nominally different species of Oxalis. Most of them are species which grow wild in southern Africa. I've been collecting these ever since I realized that some will survive the winter here in a protected cold frame.

The Oxalis familiar to most of us in this part of the world are the little weedy ones which infest lawns. These have leaves which suggest those of clover. Many species of Oxalis have these clover-like leaves, but many others have leaves which depart dramatically from this basic trefoil plan.  Other than color, the flowers don't seem to vary much from species to species, but the variation in leaf form make these little plants very collectible.

The one shown here is the form of Oxalis hirta known as 'Gothenburg'.  It's notable for the very large bulb from which the stems grow - the bulb is almost as big as a walnut. It is shown here against a 1/8 inch grid. These are just starting to grow again after a long, dry summer dormancy. Other species are now in bud, and they will be shown as they bloom - as will the leaves as they develop.
Posted by McWort at 4:48 PM