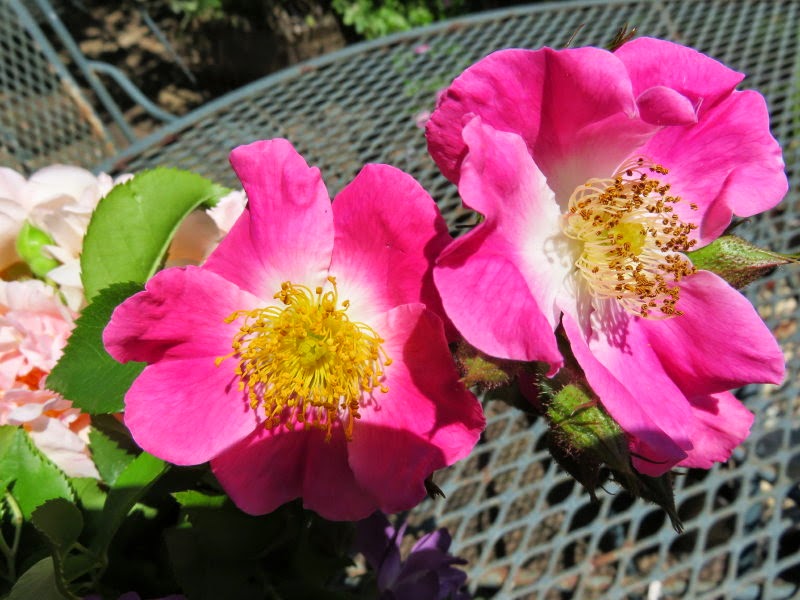 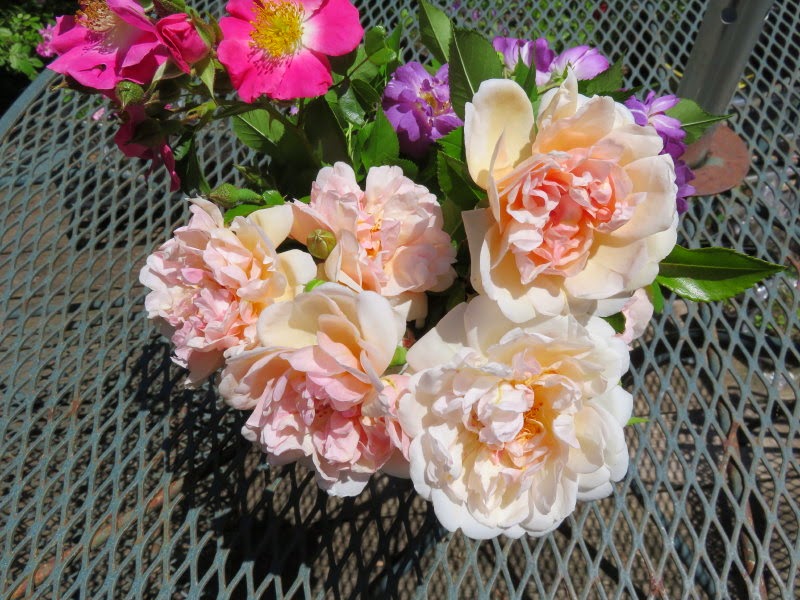 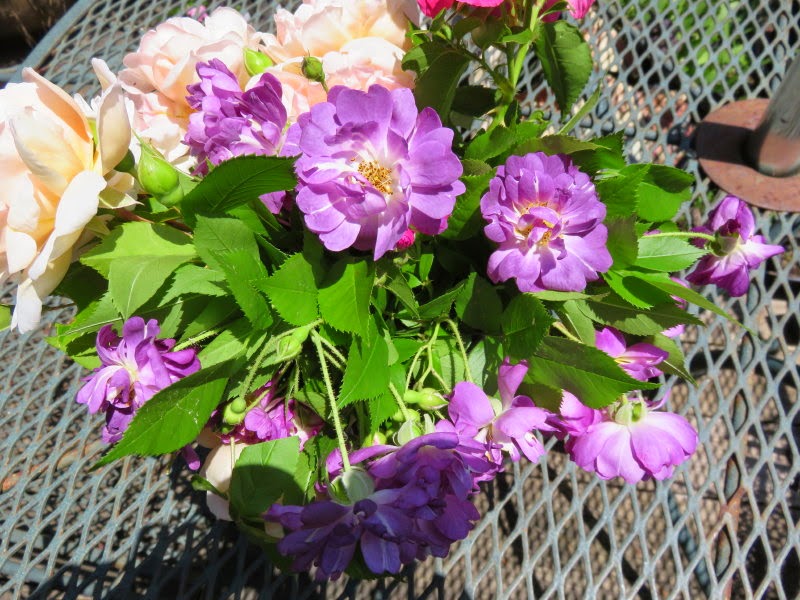 The paucity of blog entries this year has an explanation, of sorts, but lack of material from the garden is not part of it. In fact, 2014 has been the most successful gardening year I can remember. My gardens produced wave after wave of flowers, and much of it was captured in photographs.

Here are three favorite roses, top to bottom:  'American Pillar', 'Leontine Gervais' and  'Veilchenblau' . These are vigorous climbers and will cover a lot of space if allowed. The bigger they get, the more flowers there are to cut.

The color of 'American Pillar' is a bit crude seen next to 'Veilchenblau' and 'Leontine Gervais', but the combination works better than I thought it would. There is nothing subtle about 'American Pillar' in the garden, yet it  produces a very cheery effect, one I don't want to be without.

'Leontine Gervais' produces flowers whose color varies a lot due, I suspect, to temperature. I've seen them almost white, white flushed pink or pale orange, yellow, yellow blended with orange. The colors harmonize beautifully; I know I'm not the only one who really loves this rose!

At first glance, you might think 'Veilchenblau' was selected for its color. Well, it was, but that's not all it has to offer. It's got a great fragrance, a fragrance free on the air.
Posted by McWort at 6:10 PM