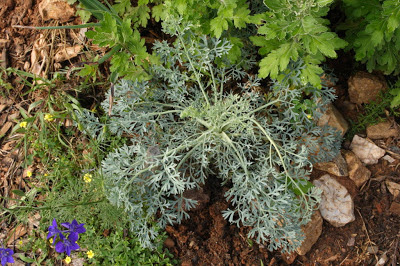 I’ve always felt that plants of the family Umbelliferae offer a unique look for the garden, one most gardeners ignore. At this time of year the flat umbels of dill can be seen in many gardens, and they will soon be followed by the more robust and architectural umbels of parsnips. Cilantro, parsley, chervil, carrots, and fennel generally spend their time in the vegetable patch, but when they bloom they show qualities which might lighten up many a herbaceous border.

Outside of the vegetable patch there are many other ornamental members of this group. Search the seed and plant lists for the names Angelica, Peucadenum,  and  Ferula for more interesting and ornamental plants. Many of these are big, coarse and very imposing. Heracleum is another member of this group, one whose garden worthiness is controversial.

The plant shown above is a member of the genus Seseli. There are dozens, maybe hundreds of species of Seseli, but this is the only one I’ve seen in gardens. This one seems to be a perennial (many members of the family of umbellifers are biennial,  others monocarpic). Last year, one of the two I have died down at midsummer: I thought that was the end of it. I had bought two with the idea of getting seed, and so this apparent loss hurt. But when the growing weather returned, new sprouts appeared.

As you can see, this species has very ornamental foliage.

I’m not sure which species it is: my notes are confusing on this. Two names are mentioned: Seseli gummiferum and S. elegans. The latter is certainly appropriate.   The Jelitto site suggests the English name "moon carrot", although that is not a literal translation of the German names they cite.
Posted by McWort at 7:59 PM