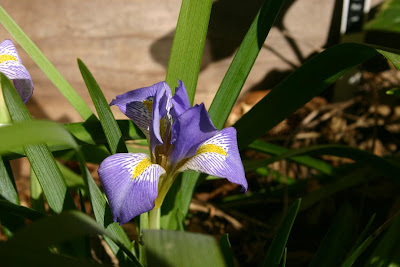 This iris was obtained in 2007, but it has taken its own time to settle down and flower. It's blooming here now for the first time. Said to be hardier than Iris unguicularis, it's another of those winter-growing irises which have the potential to bloom over an extended time. I've seen it growing unprotected in local gardens, but here - for now, at least - it grows in one of the protected cold frames.