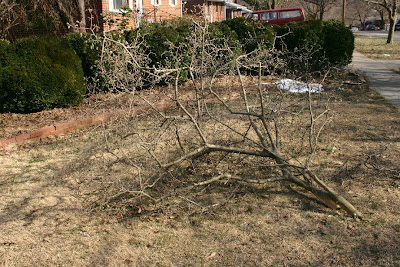 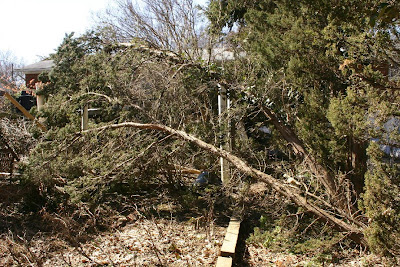 The heavy snowfall really took a big bite out of my garden.

It ripped big chunks out of three Magnolia stellata. You can see one of them in the image above.


On the north side of the garden is a decades-old row of upright junipers. The snow brought two of them down. That ruins the effect of the row; but I already had made other plans for them, and I'll tell you about them later.