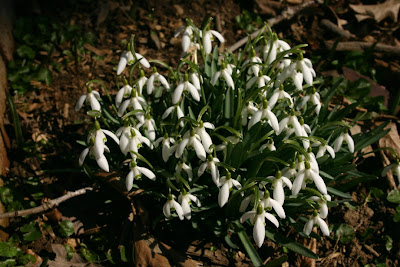 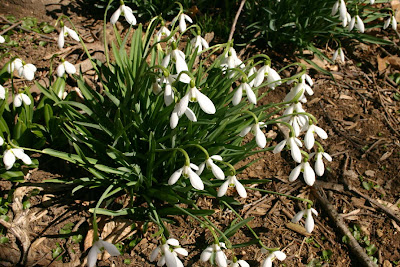 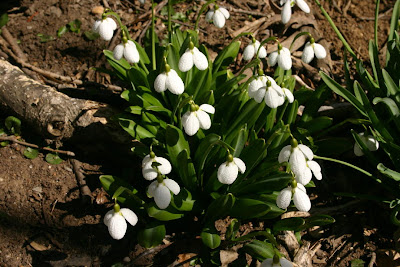 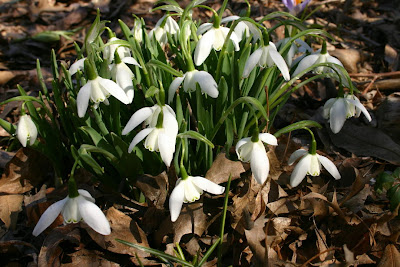 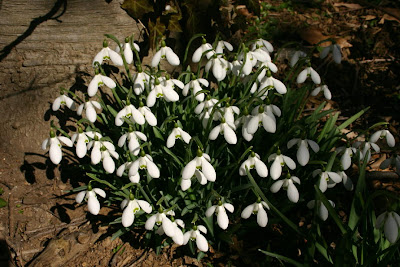 I'm not with the fashionable crowd when it comes to snowdrops. The cultivars I grow are all old ones, most dating to the first half of the last century. But I think I chose wisely when I imported these decades ago: there are early ones, late ones, tall ones, short ones, singles, doubles, narrow leafed, wide leafed - really much which the genus Galanthus has to offer.

The ones shown here are, bottom to top: 'Sam Arnott' (the eponymous Mr. Arnott lived to be 100 years old!); 'Lady Beatrix Stanley' (Lady Beatrix was a contemporary of E.A. Bowles); 'Augustus' which explains the A in E. A. Bowles;  'James Backhouse', one of two cultivars distributed as 'Atkinsii'; a small, narrow form of Galanthus nivalis.
Posted by McWort at 10:27 PM

Email ThisBlogThis!Share to TwitterShare to FacebookShare to Pinterest
Labels: snowdrops