The orchid grower in spite of himself 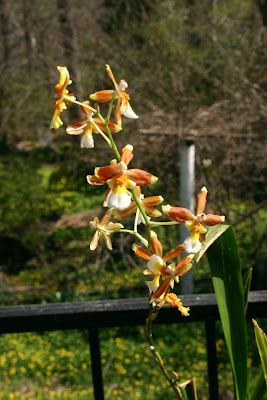 I’ve mentioned in this blog before that I’m not really an orchid person. But they are tempting, aren’t they? The one above came from the discount bin at a local grocery store in 2008. Most of the flowers had faded, so it was put out for $2 or so. I bought it to see if I could bring it back into bloom. And now, not quite two years later, that’s what has happened.


The plant shown above is known as Colmanara (a nothogenus) 'Kilauea Pacific Flare'.
Posted by McWort at 4:10 PM