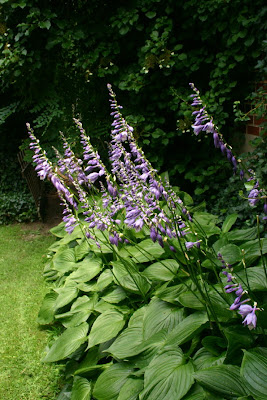 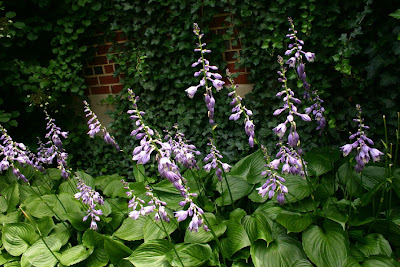 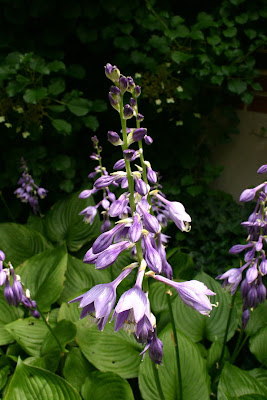 My favorite daylily isn’t a daylily at all in the contemporary sense of the word daylily. It’s a hosta, Hosta ventricosa. If you read garden books from a century ago, you’ll see that hostas were called daylilies back then. They were so-called for the same reason Hemerocallis were called daylilies: their flowers are very short lived. But the flowers of Hosta ventricosa are born abundantly and bring a rare color to the July garden. The scapes will top three feet, and when the plants are in full bloom they produce a very appealing haze of cool color. I don’t know Hosta cultivars well, but if there is a better flowering plant in the genus, I don’t know it. The foliage is sun tolerant, and the plant is also seemingly very drought tolerant for such a broad-leaved plant.

This plant sets viable seed abundantly. If I were starting a new garden, I would raise it from seed in order to have it in broad masses. The foliage seems to be more pest resistant than that of some cultivars; and it’s a pleasing dark green, not at all like the foliage of the glaucous sorts or the yellow-green of the August lily. Deer and rabbits so far have not bothered the foliage very much here – although the deer do browse the budded scapes. The blooms of this plant combine surprisingly well with a wide variety of other flower colors. It is also very handsome as you see it in one of the images above, with nothing but other foliage to enhance its handsome form.
Please note that the genus name, Hosta, honors a Mr. Host, not a Mr. Hast.
Posted by McWort at 4:17 PM